Temperatures during the day peak at -10°C (14°F), which is really unpleasant.

I force myself to go outside on my second day there. My plan is to casually explore the district my hostel's located in by foot to orient myself.

Whatever warmth my clothing's retained from the indoors quickly leaves, however. Very soon, the cold clamps its jaws tight on every bone in my body. I run to stay warm and finding that futile, I run faster just to minimize my time spent in the cold. I duck into the first attraction I see: Yonghe Temple.

It's by luck that I stumble upon this place. This was not on my itinerary.

Despite the cold I somehow manage to stay for two hours, taking some of my favorite pictures of China. I also learned quite a bit from the museum-style placards dispersed throughout. There's a lot of history. This place served first as Prince Yong's residence and later his court when he became Emperor (Yongzheng) and then even later as a place of worship. 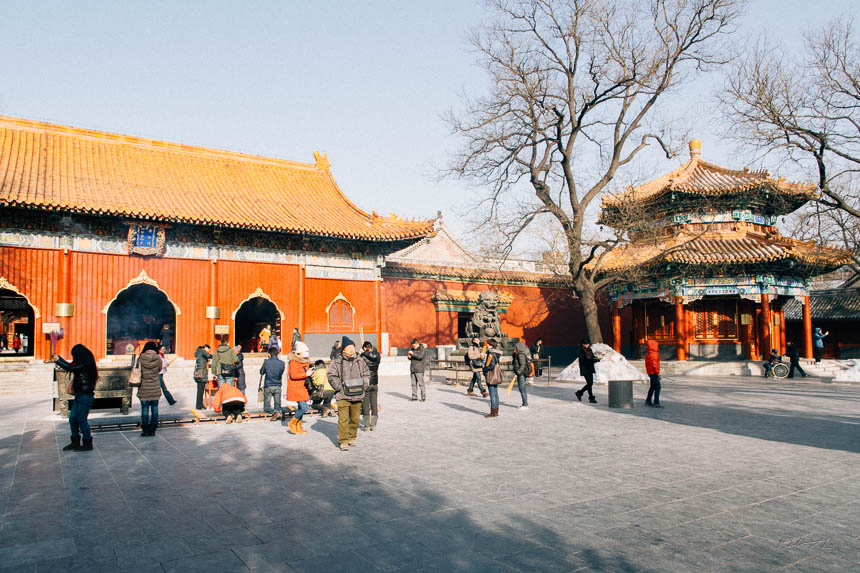 These temples once served as Emperor Yongzheng's court. Some of his officials also lived here. I pass through several gates before coming to the end of the temple. Nearer the back are several buildings that house large statues of important figures in Tibetan Buddhism. 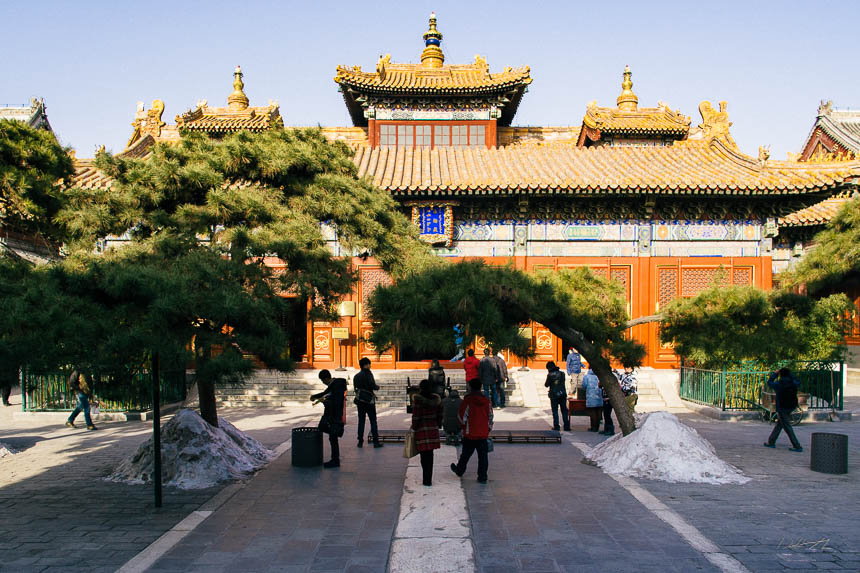 Falun Hall, built in the Tibetan style, serves as the monastery building. 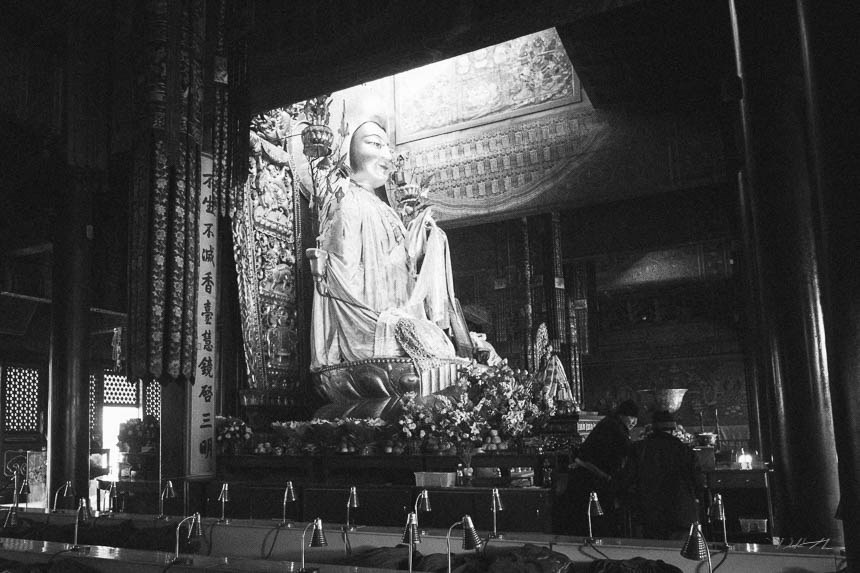 A large statue of Lama Tsongkhapa sits in the center of Falun Hall. Behind Falun Hall is Wanfu Pavilion, which houses a huge 18m statue of Matreiya. 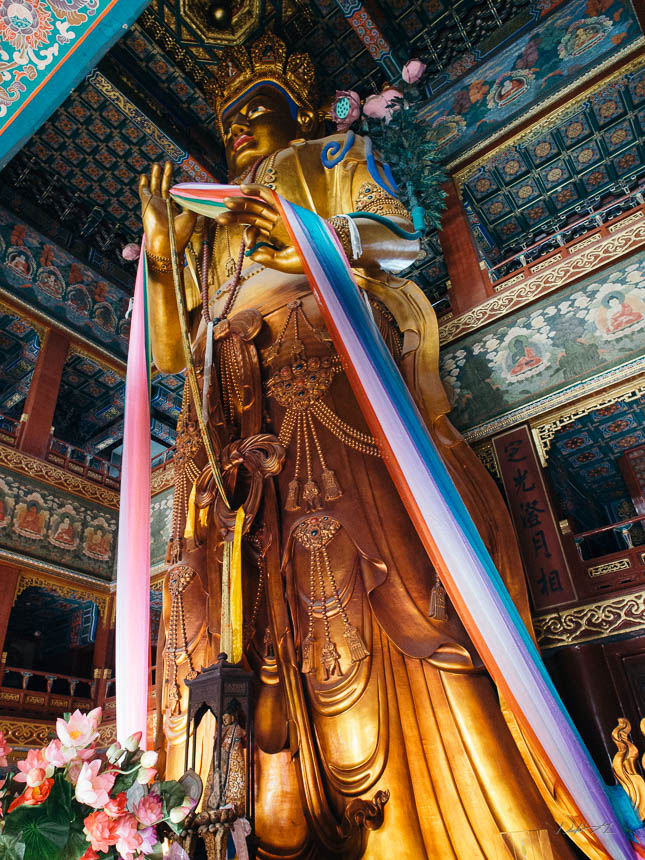 The Matreiya statue is dedicated to the 6th Dalai Lama. 8m of it is buried underground.

Scenes from the temple

Despite the temperature, the temple saw many visitors today. Waiting for the wind to settle (Wanfu Temple). A monk by the window. 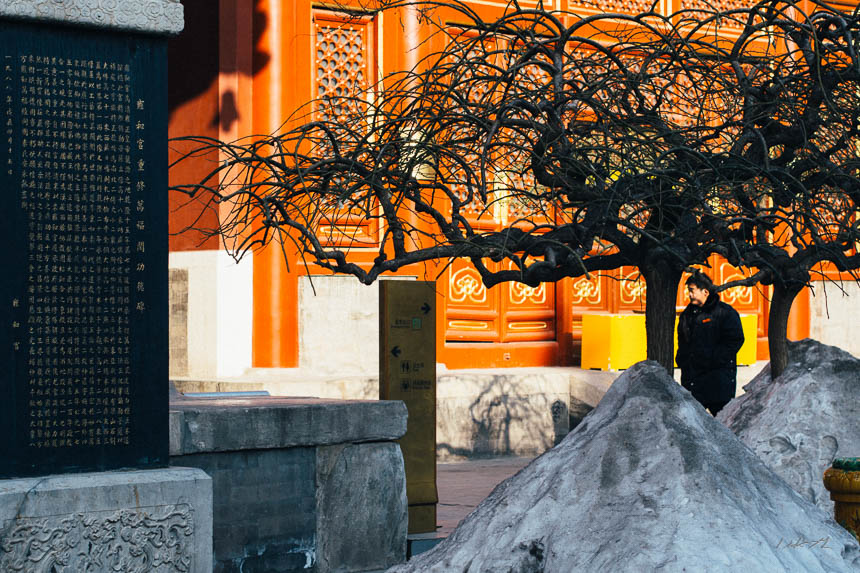 Patterns from the temple

The temple is full of beautiful, vibrant, patterns. 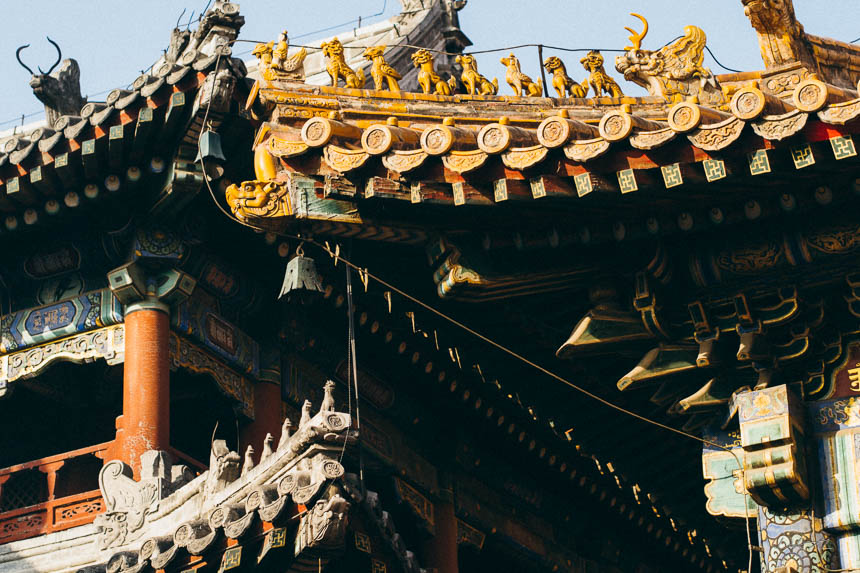 Lions on the roof. Jade colored tiles line the side of Falun Hall's exterior. 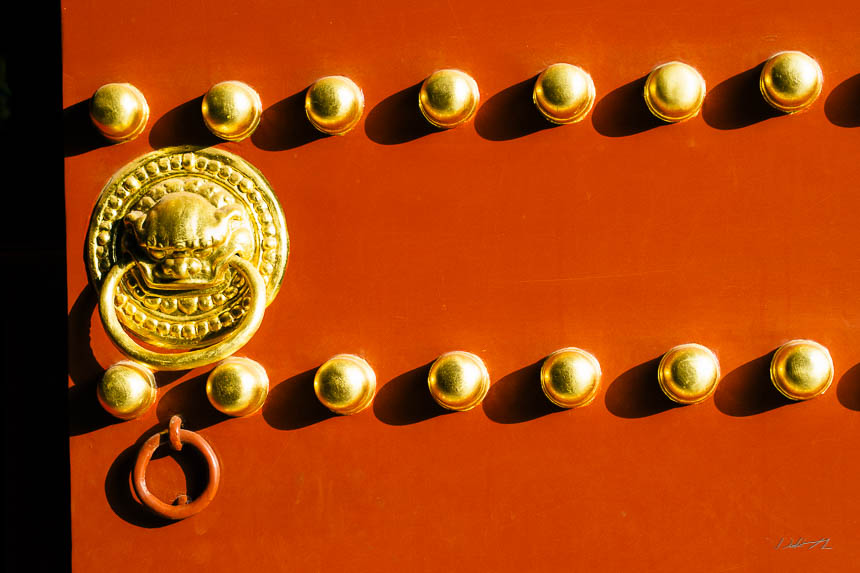 A red door with gilded handle and studs. Intricate wood carvings near a statue. 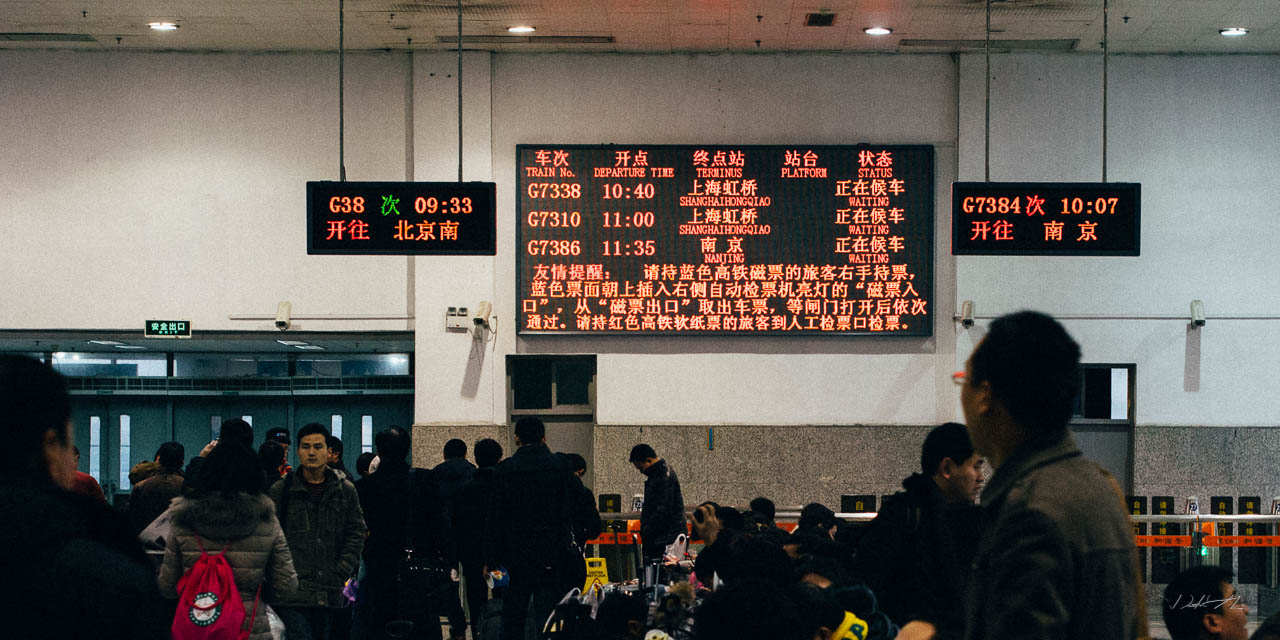