An Evening at Wat Phrathat

One of the first things I notice about this wat is how peaceful it is. That's what you'd expect from a wat anyway, but the ones I visit in Bangkok felt more like theme parks with the crowds they accommodated.

After seeing 5 or 6 temples in the capital, Wat Phrathat is refreshingly different. There are still many visitors—this is a popular temple after all. But it's delightful to be able to find a quiet spot on Wat Phrathat's grounds and marvel at its architecture without someone trying to squeeze past.

There's also a lovely garden on the side. 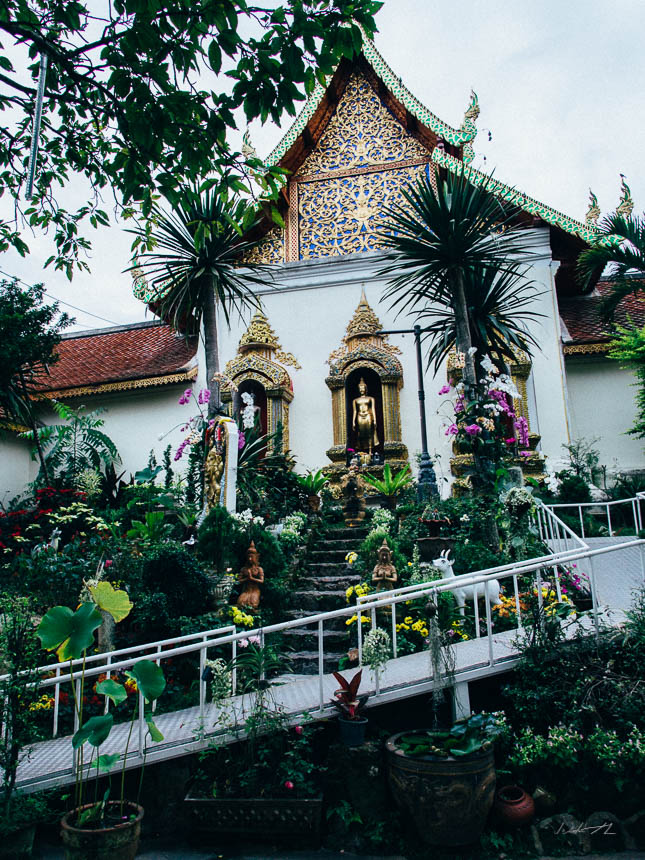 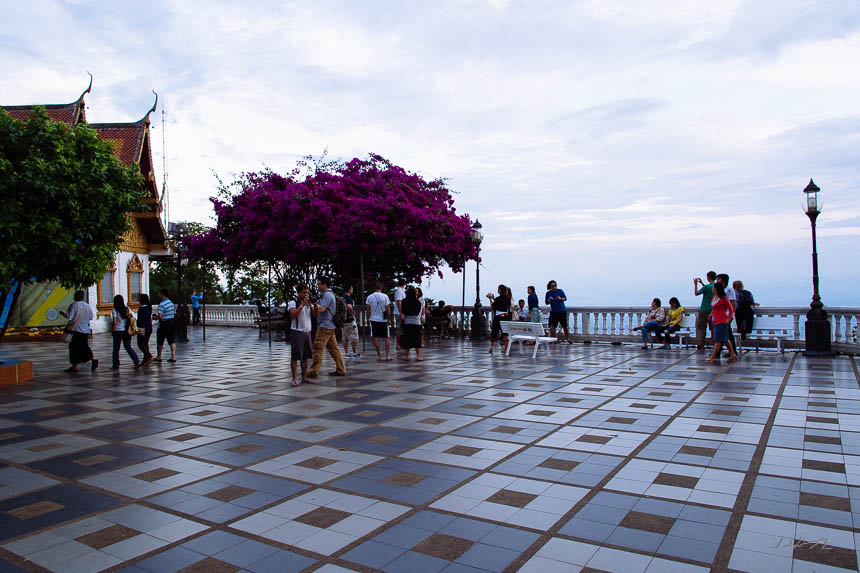 The outer courtyard looks out to Chiang Mai. 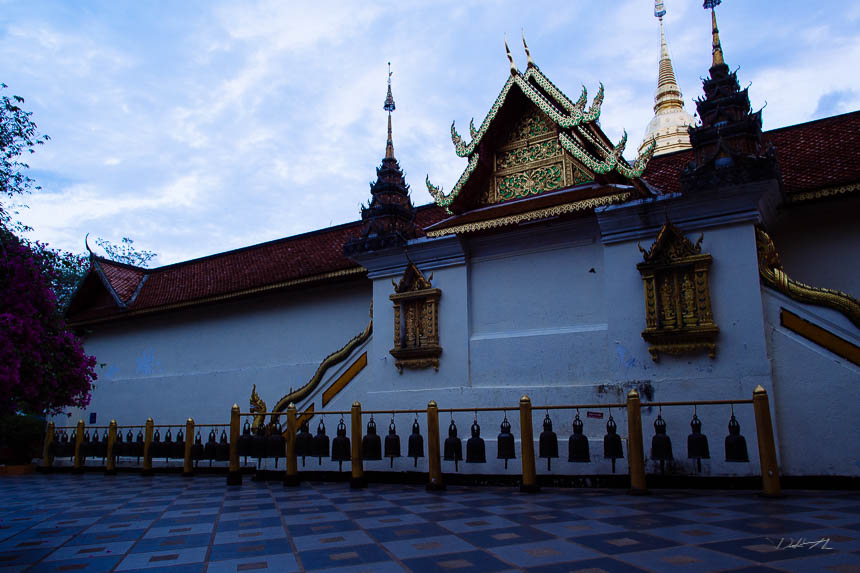 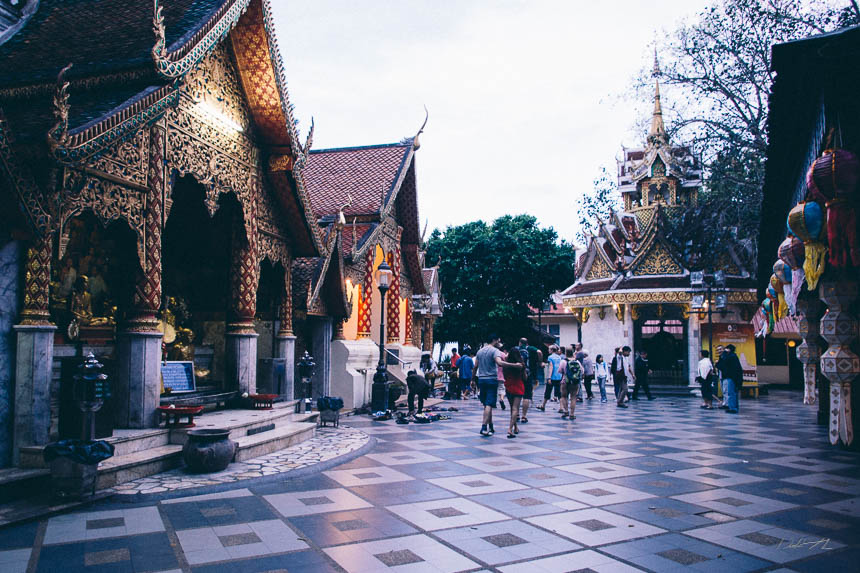 I admire the stupa, that very important mound found at the center of most wats. Almost everything surrounding it is gilded, including the statues, shrines, and intricate wood carvings covering the halls' facades. 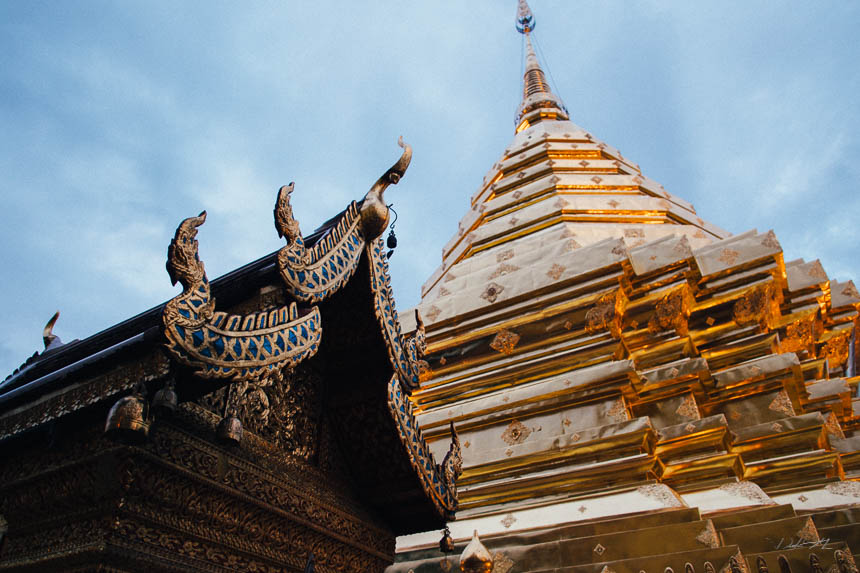 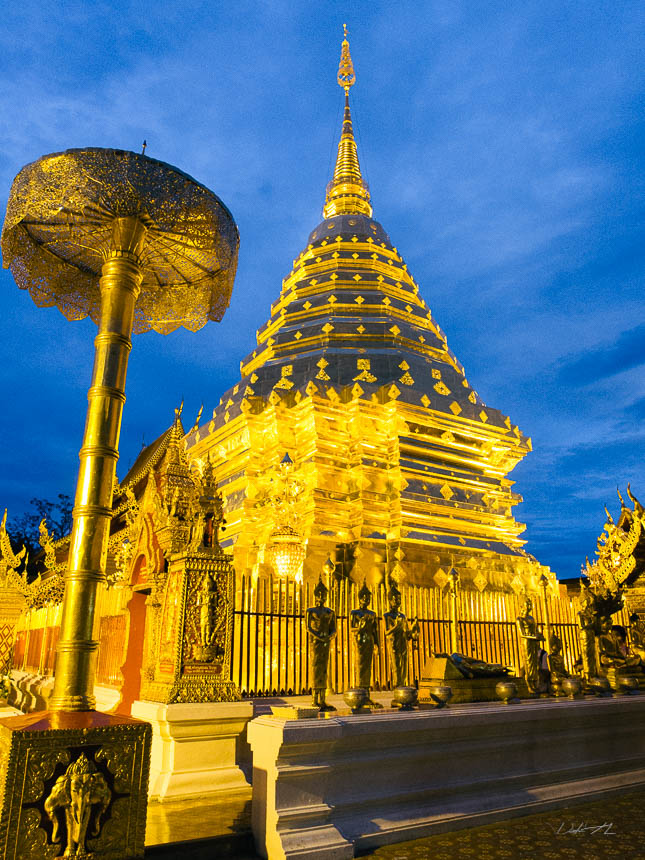 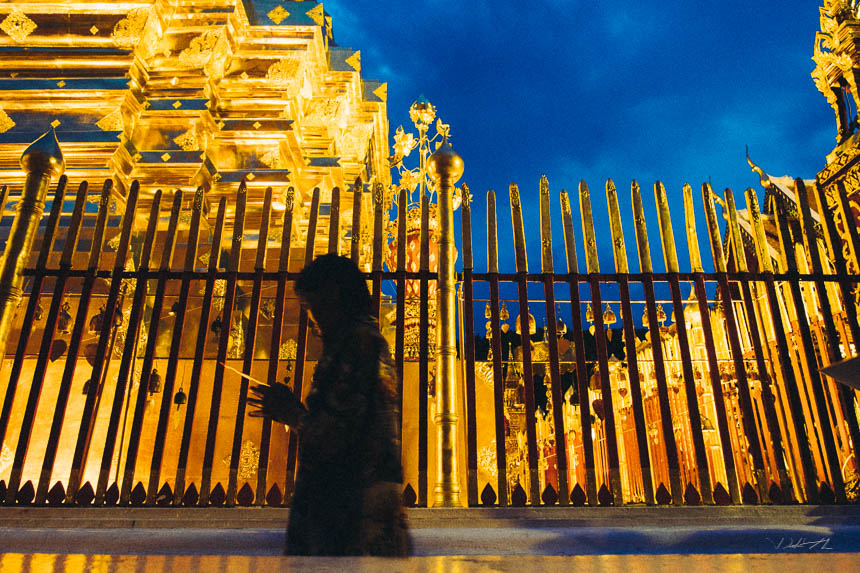 A Buddhist visitor circles the stupa in circumambulation.

Our visit is a special one

Tonight, we're invited to stay and watch the evening ceremony. As almost everyone else files out of the temple, we collect in front of the ordination hall. When it's time, the monks gather in the courtyard to pray before they head into the (ordination?) hall to chant.

Verses resonate between the walls and spill into the courtyard. It's silent now save for the droning voices and the hundreds of little bells that ring in the breeze. The sounds meld into one another and I space out a bit, half dozing, unwittingly falling into meditation. 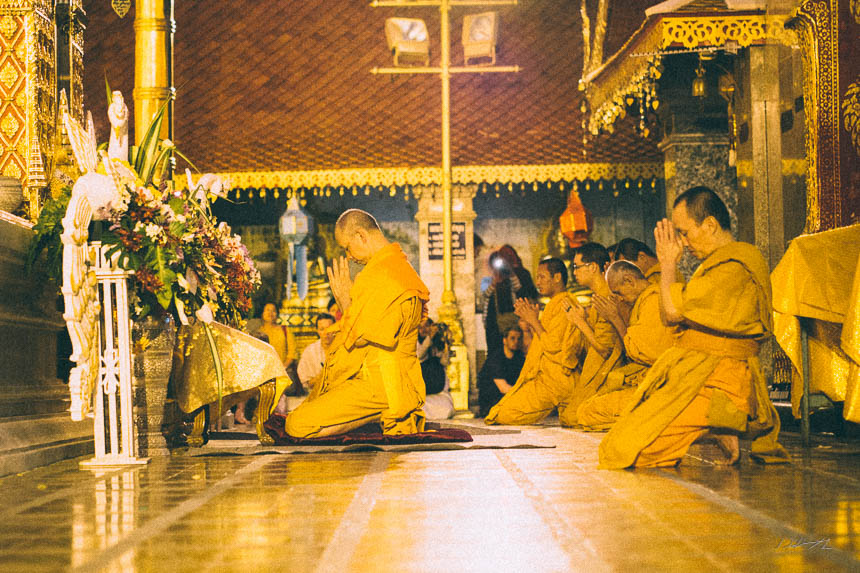 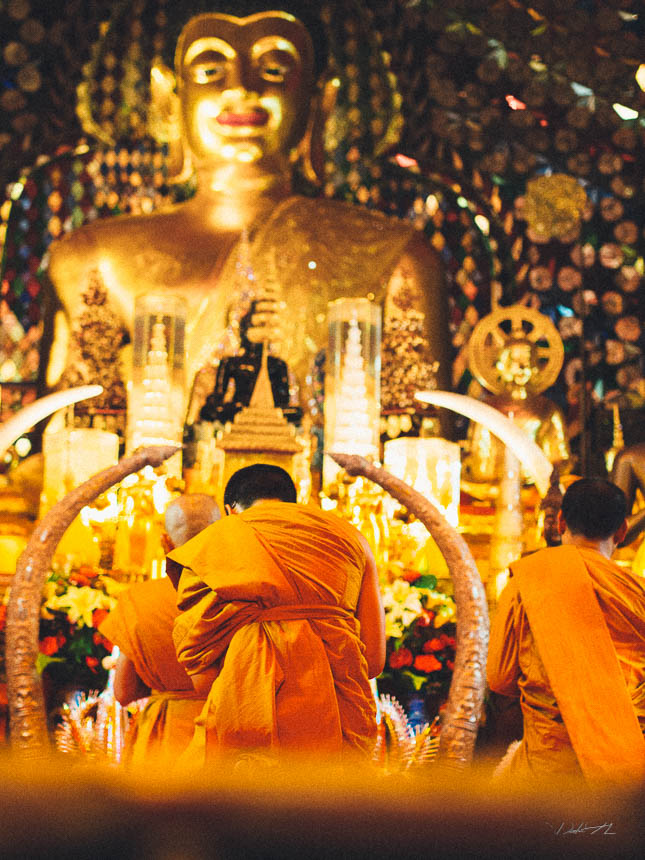 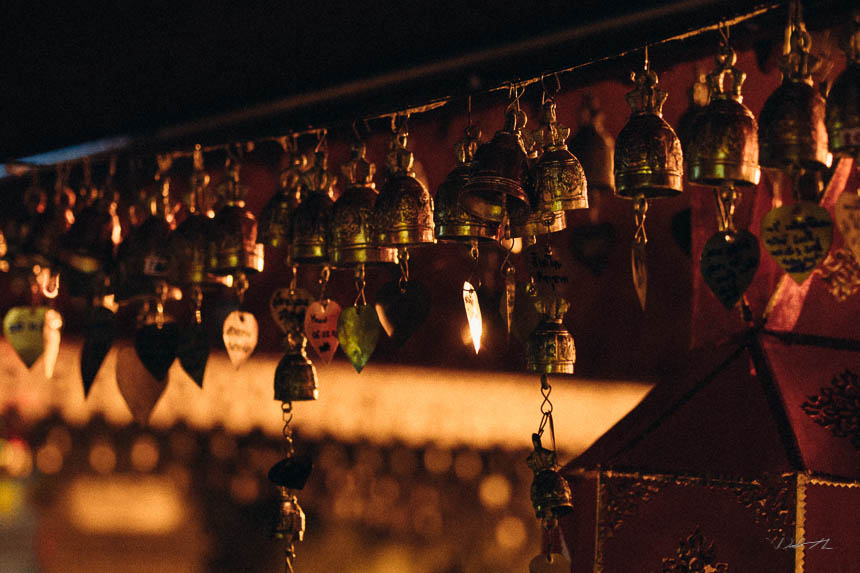 As the chant fades, the bells ring louder. Rain begins pelting from above, pushing us into a nearby pagoda for cover.

A monk inside ushers us in. I look around studying my surroundings and I see most of the other hostelers do the same. On one side there are rows of Buddha and Bodhisattva figurines lit by a lamp. To the other is the doorway overlooking the rain pouring over the temple's structures.

As we wait for the storm to pass, our host beckons to us to receive a gift. He ties on each of us a white string bracelet he's assembled himself.

I've worn it until recently when the threading gave way. 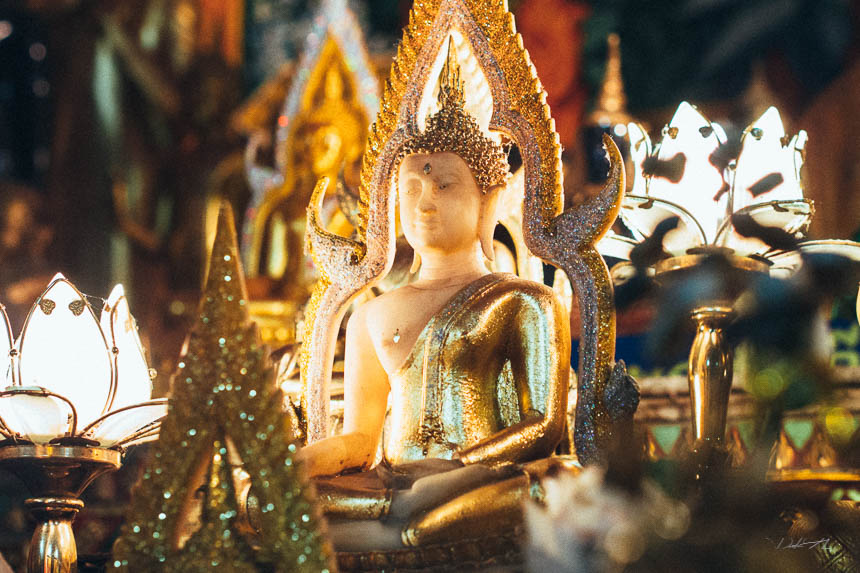 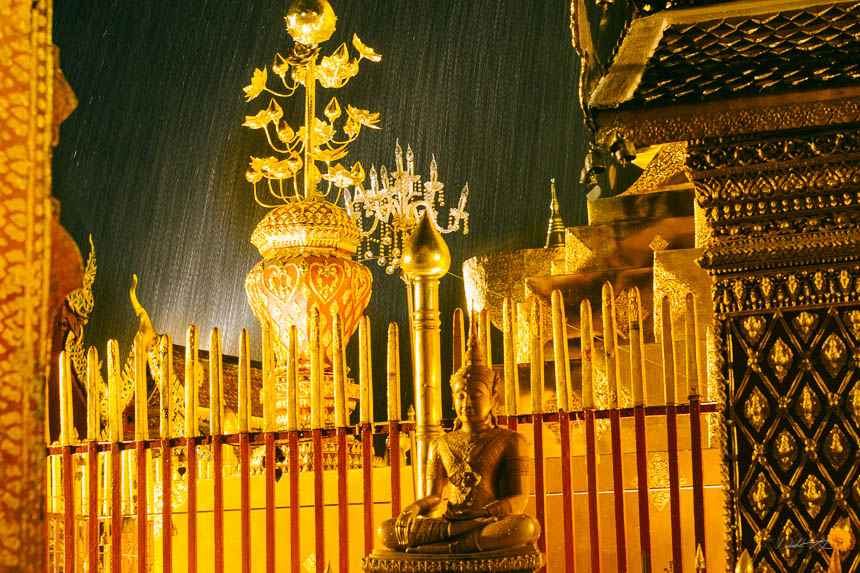 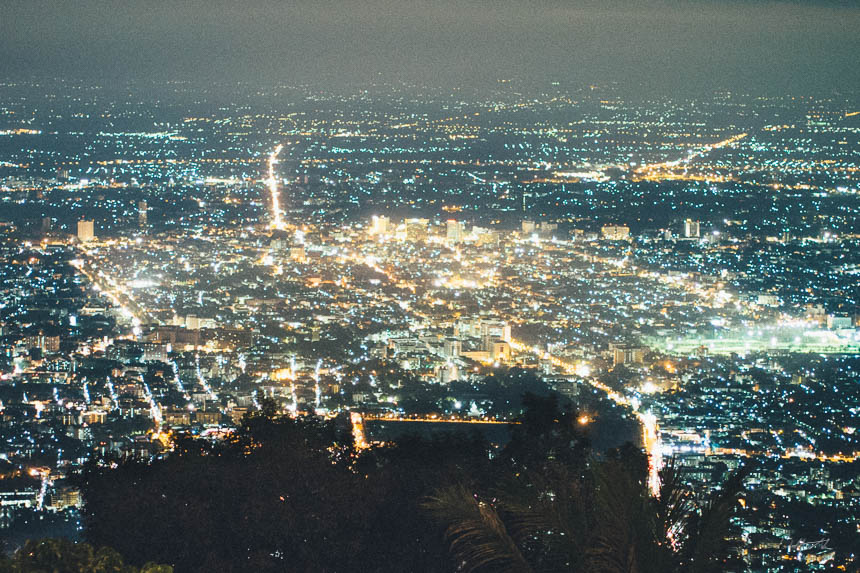 0%
An Evening at Wat Phrathat read 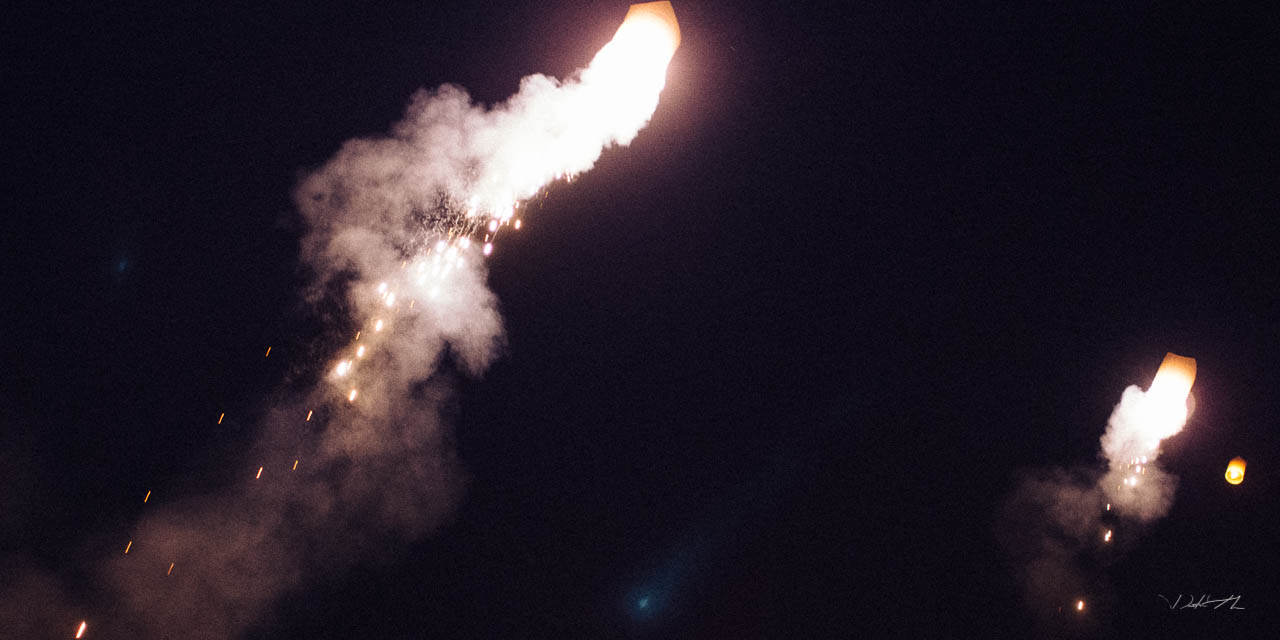