The Valley of the Moon

Wadi Rum is where strange cliffs and rock formations float over a sea of red sand.

The 1962 film Lawrence of Arabia piqued my interest in the Middle East, recounting the tales of British military officer T.E. Lawrence and his role in the Arab Revolt. It's as much a historical drama as it is a grand romance about the desert, capturing the spirit of adventure through wide, sweeping, shots of the landscape.

Lawrence himself crossed the desert several times, describing it in his writings as "vast, echoing, and God-like". And it's every bit as majestic as it sounds. Director David Lean naturally chooses Wadi Rum to shoot most of the film. 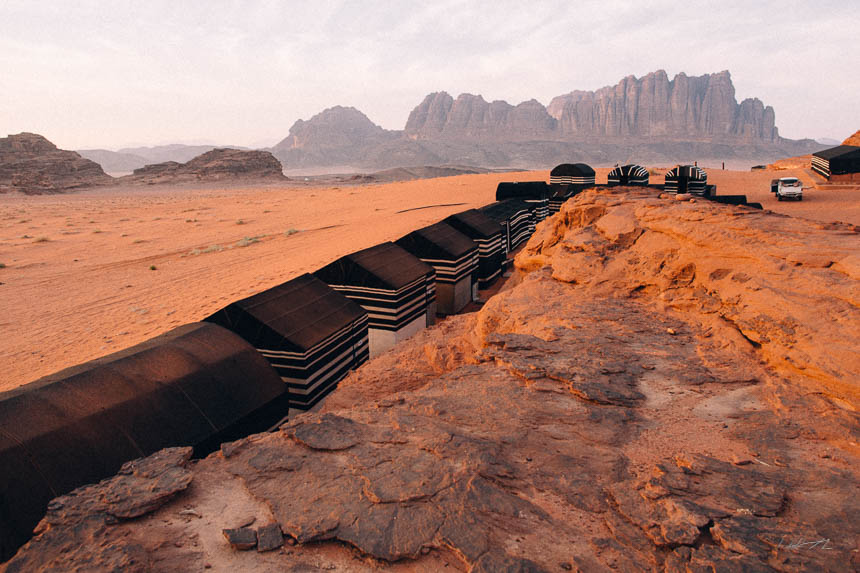 The Martian (2015) and many films about Mars before it have scenes taken from Wadi Rum as well. On our planet, this might be as close as we'd get to seeing landscapes with our own eyes of a Martian landscape.

Matt Damon is an admirer of this desert, telling one interviewer:

I was in awe of that place, it was really, really special. One of the most spectacular and beautiful places I have ever seen, and like nothing I’ve ever seen anywhere else on Earth.

We start in a little town next to the desert where we're saddled up on camels. They convey across a small distance to Lawrence's Spring, a tiny oasis on the side of a hill that Lawrence visited almost a century ago. It's a moderate climb to get to the spring. 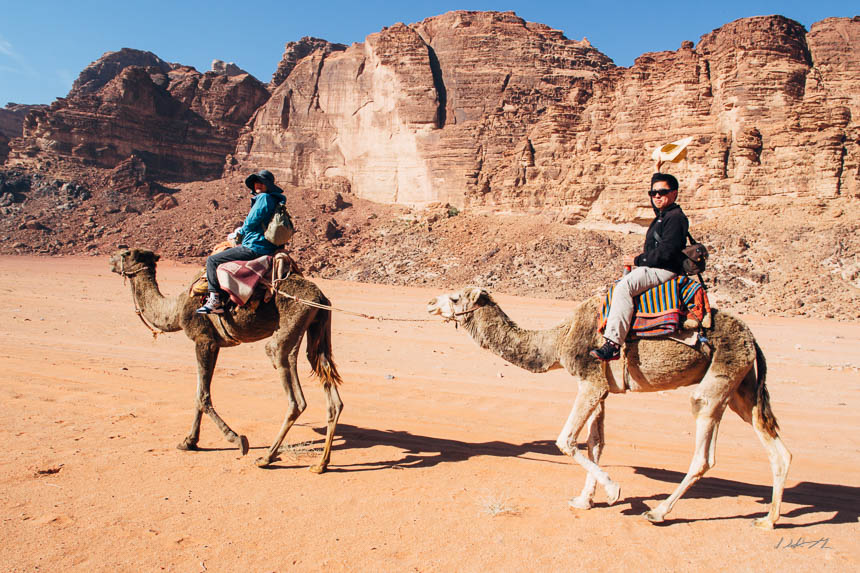 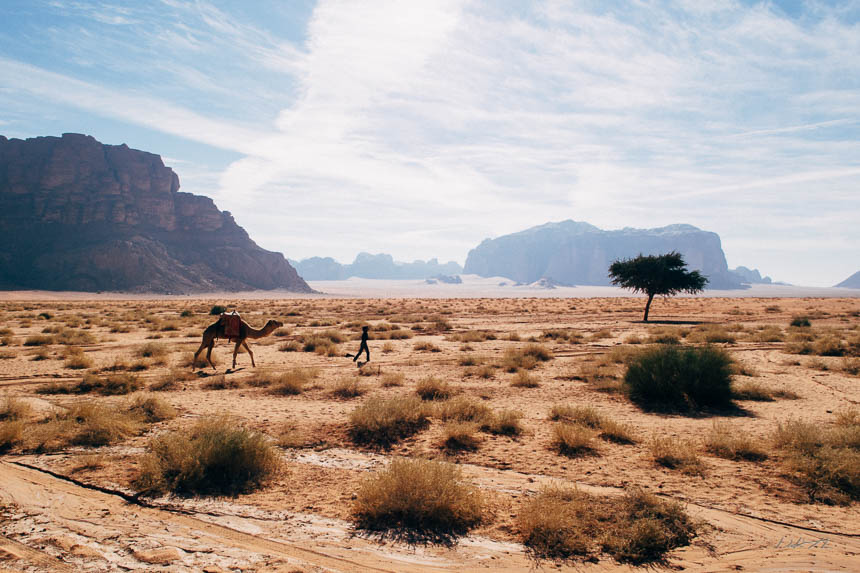 A boy and his camel. 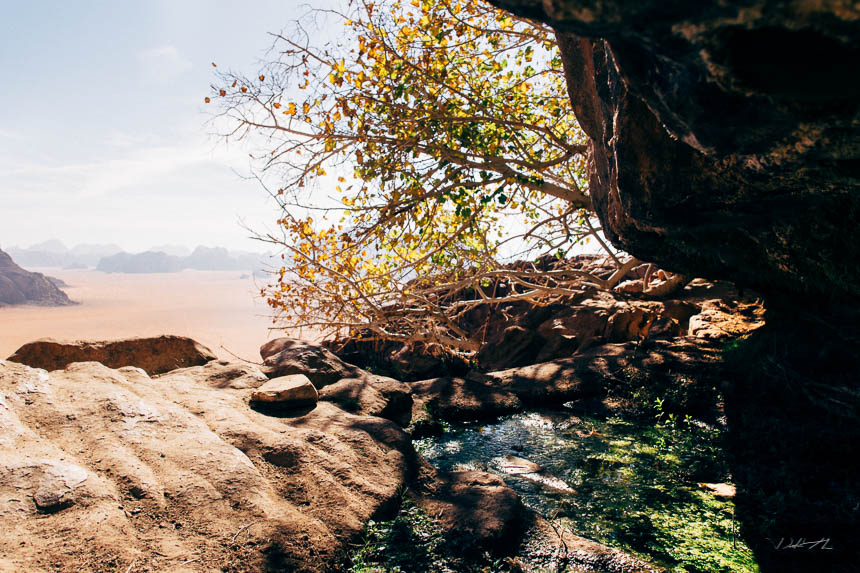 Speeding through the desert

When I return from the spring I'm slightly disappointed to learn that our camels are heading back. We'll take a 4x4 from here instead. The great thing about these guided tours is that the guides will point out attractions that are otherwise hard to find. But on this tour I felt almost as if being rushed from one attraction to the next.

What I would've done to trek more—a few days more—and explore until the soles of my shoes were permanently dyed this soil's red. 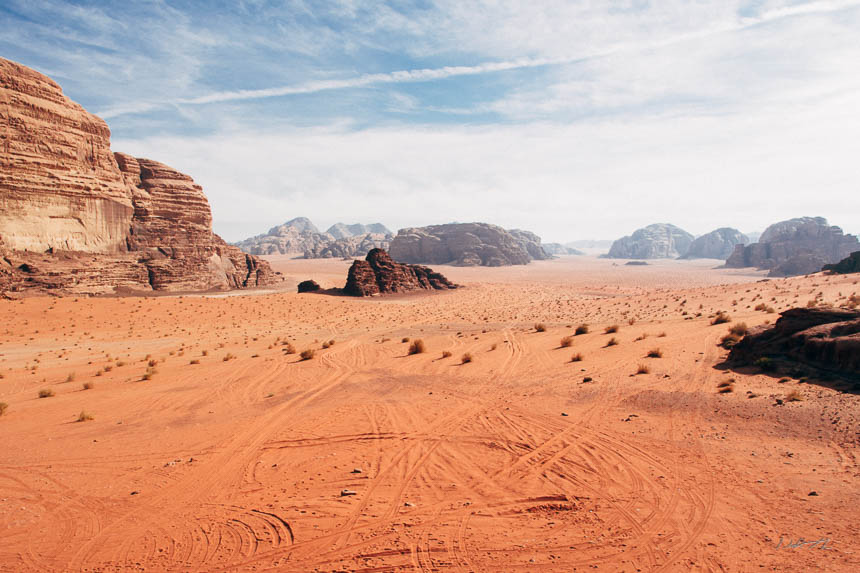 When you're on the well worn path you get tire tracks in all of your pictures. 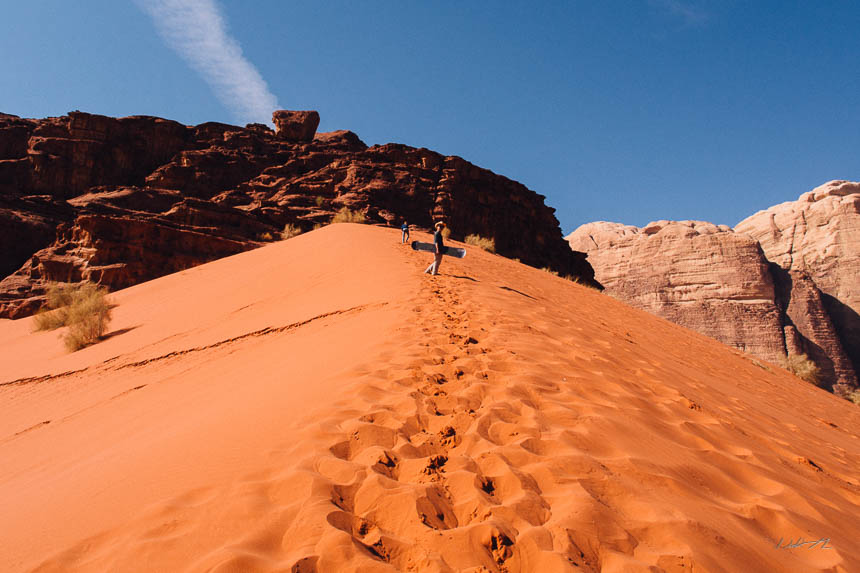 The upshot with going with a guide: they bring boards for sandboarding.

On one cliff, we see Nabataean inscriptions. According to our guide, these act like sign posts pointing caravans to the next center of trade. 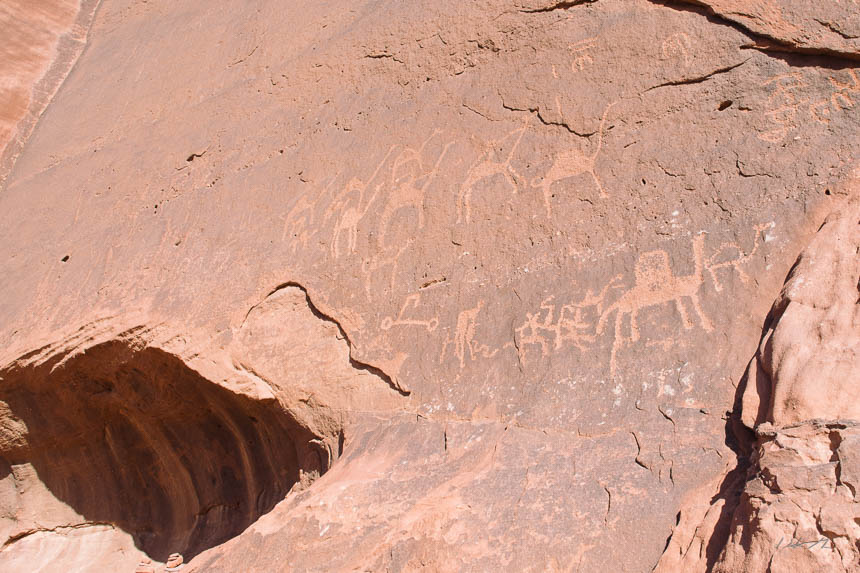 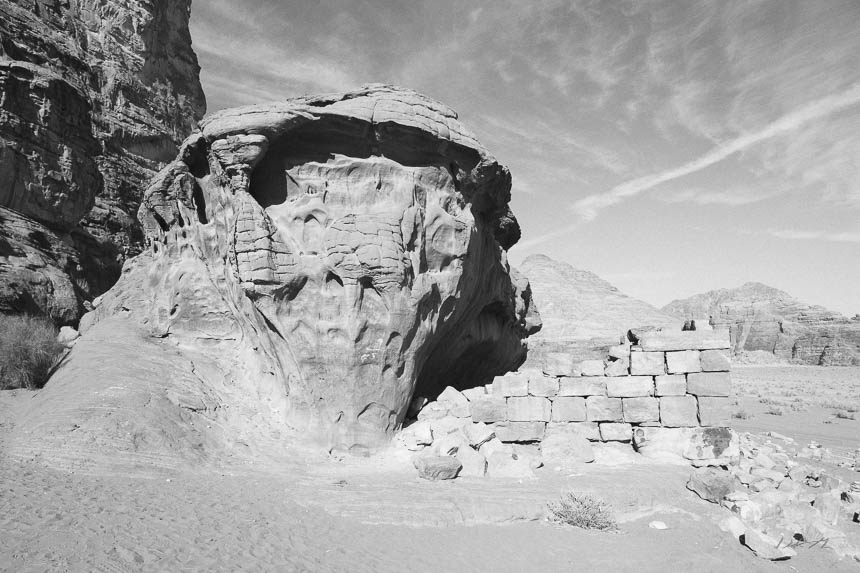 Lawrence's House (no evidence that this was actually a place where he stayed). 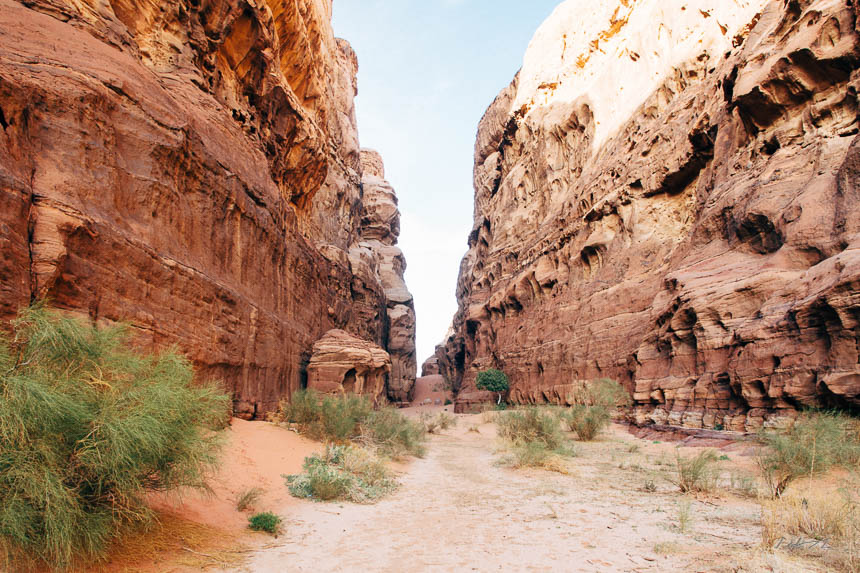 Siq al-Khazali, a beautiful canyon we hike through. 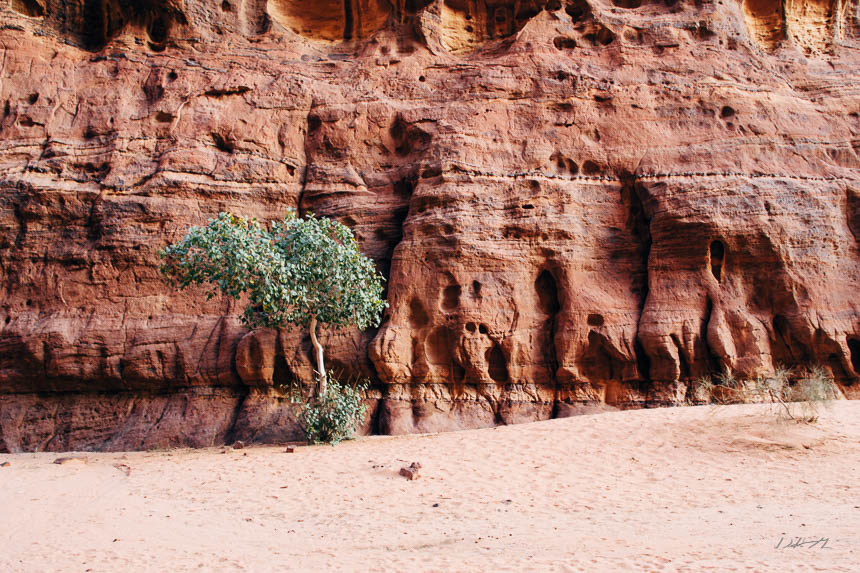 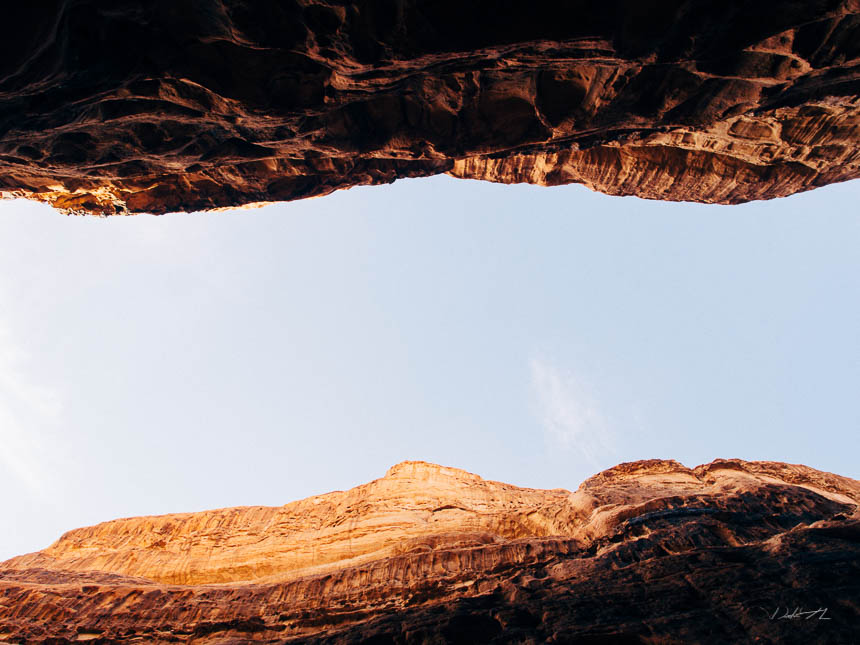 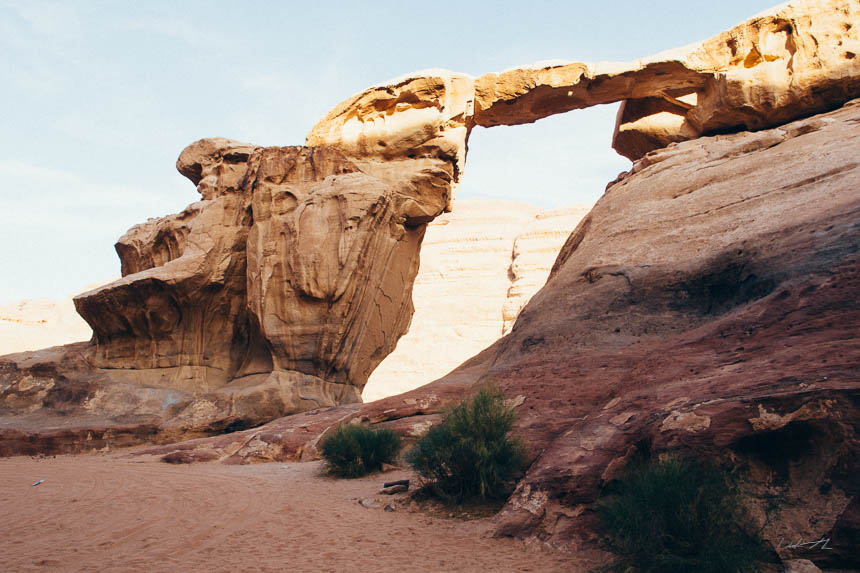 Our ride pulls into camp late afternoon in time to catch sunset. The golden tint of a setting sun amplifies the redness all around. If you walk a few hundred meters away from camp and look straight out, it almost feels as if you're one of the first pioneering settlers on Mars surveying a strange land faintly touched by sunlight.

At camp, I find that the tour organizers have already made our beds. It's surprising how heavy and dense the comforters are, they may as well have been filled with sand. Their weight is an indication of how frosty things get out here at night. 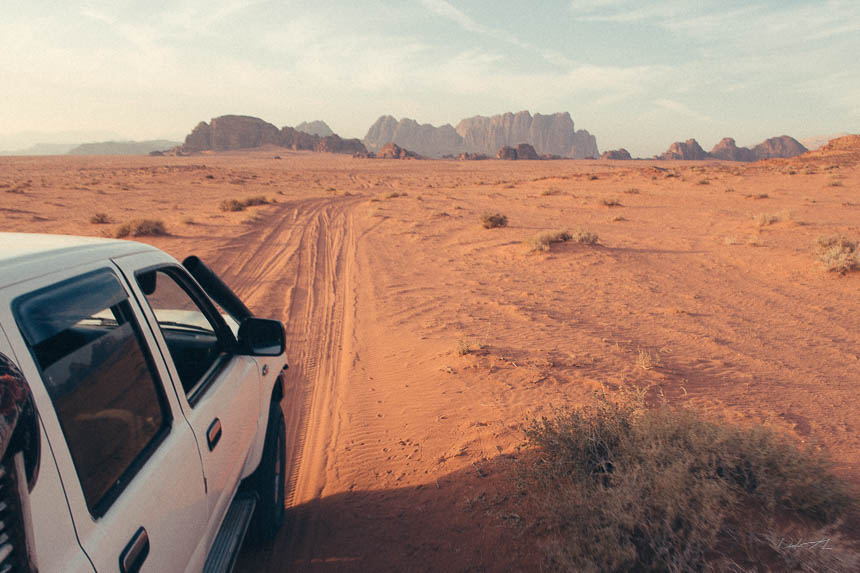 Camp is between the cluster of rocks ahead. 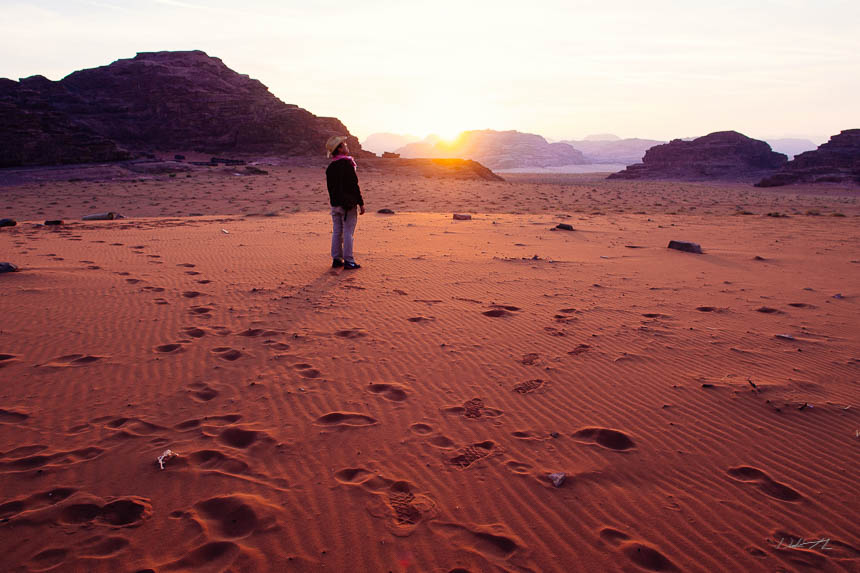 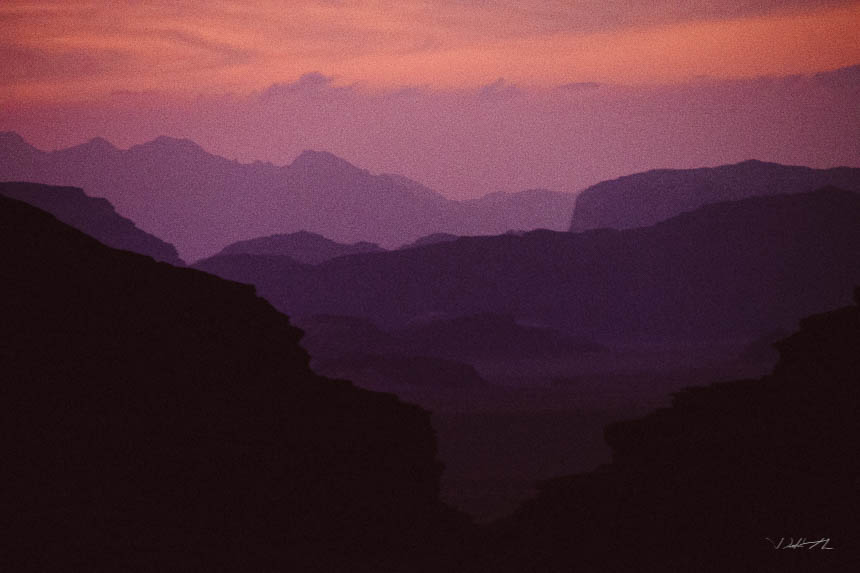 The stars shine brightly at night although a bit of light pollution from the direction of the city throws a yellow cast over the horizon. It's a shame to see since it takes much away from that sense of remoteness I felt at sunset. Still, this amount of light pollution doesn't drown out all of the noise. 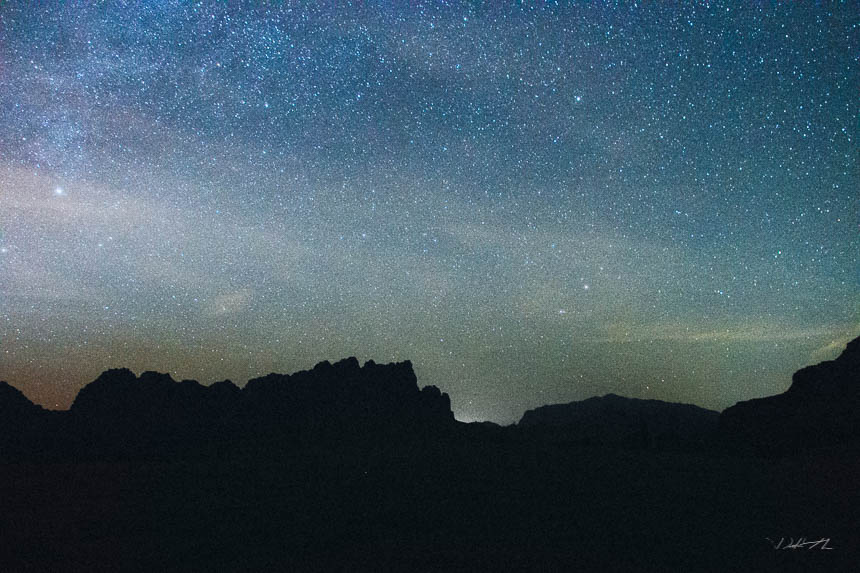 We rise early the next day for a morning hike to catch sunrise splashing the desert with shades of red and orange. From the crest of a large rock near our camp we have an awesome panoramic view. Vertical lines etch perfectly into a cliff nearby forming a giant bar code to be scanned by the sun's skimming ray. 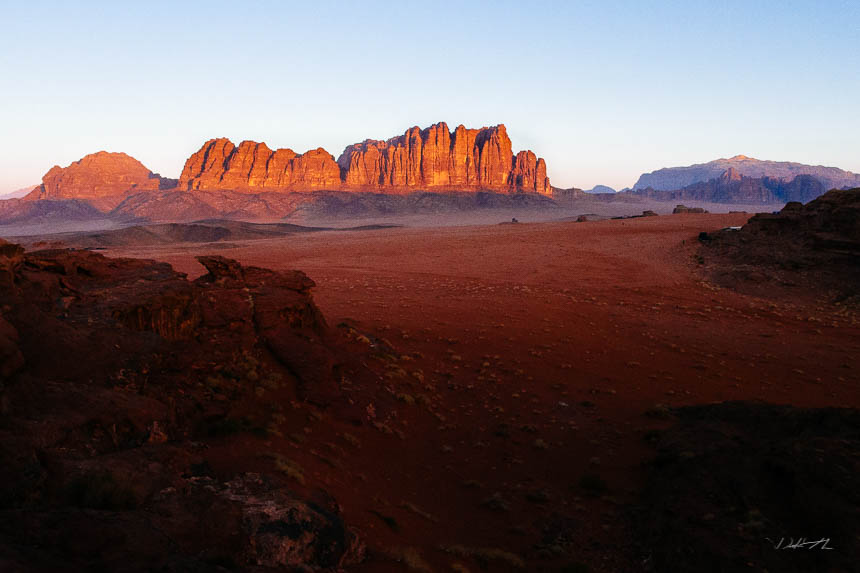 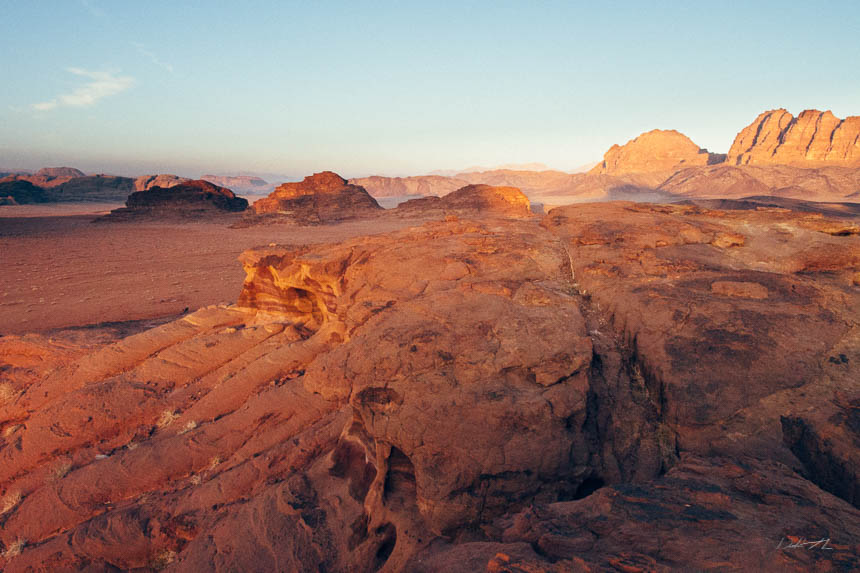 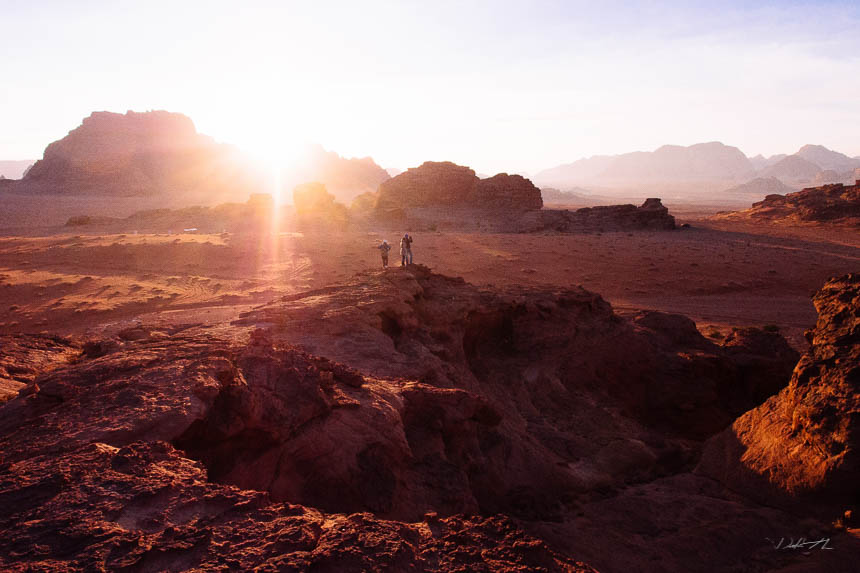 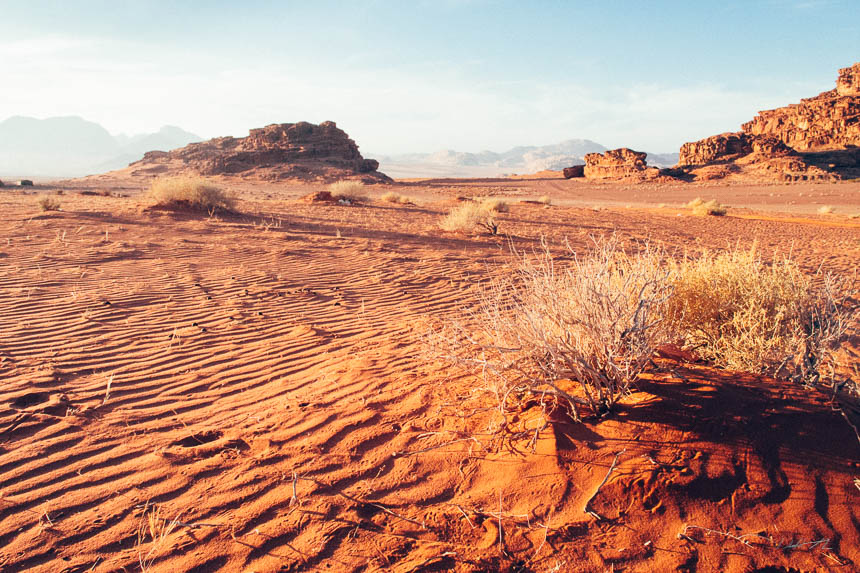 Our last activity here is breakfast. This morning we have a near endless supply of shrak bread. It's a bread popular to Jordanians, rolled thin from dough and cooked on a convex metal surface called a Saj. On the side are fresh vegetables, hard boiled eggs, and salted meats. It's a meal filling enough to power you through another hike.

For me, it's time to leave the desert, however. There's still a night in Aqaba on my itinerary and another evening in Amman before my flight.

But how I do envy the group that's staying behind for another day of adventure! 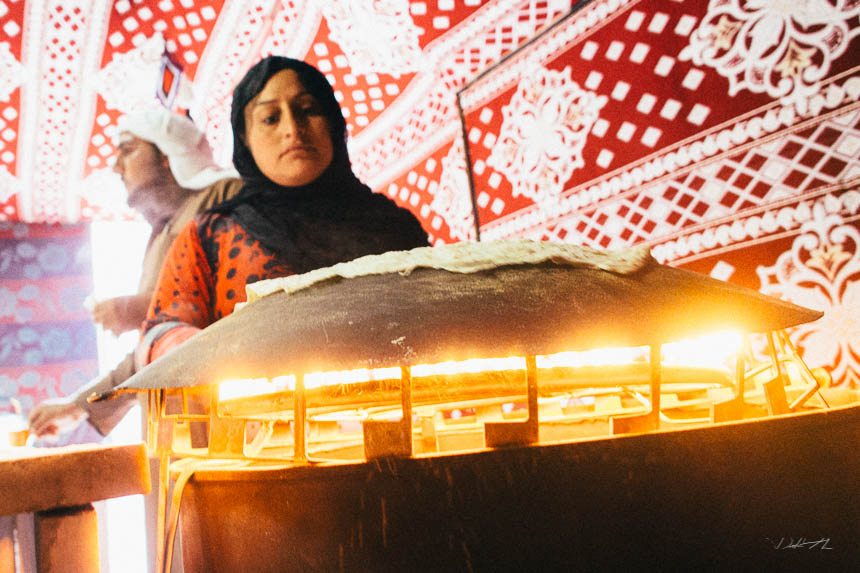 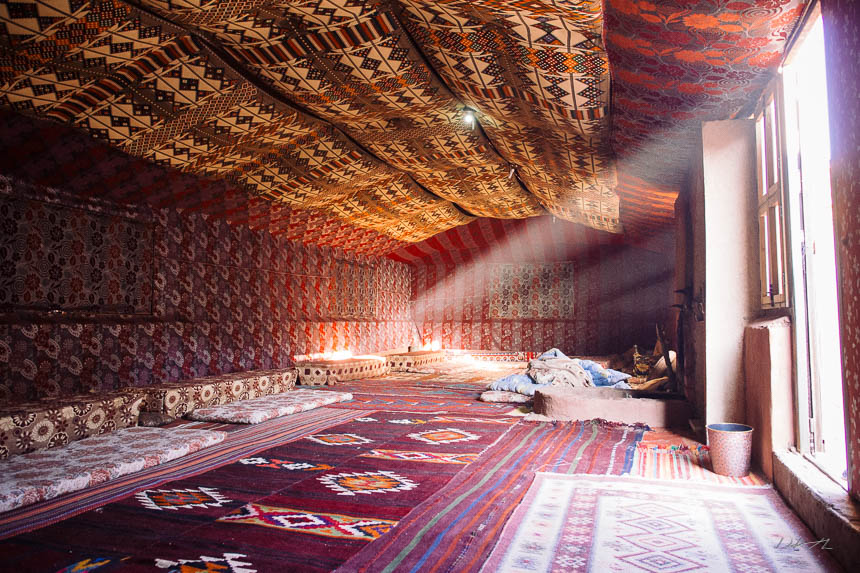 0%
The Valley of the Moon read 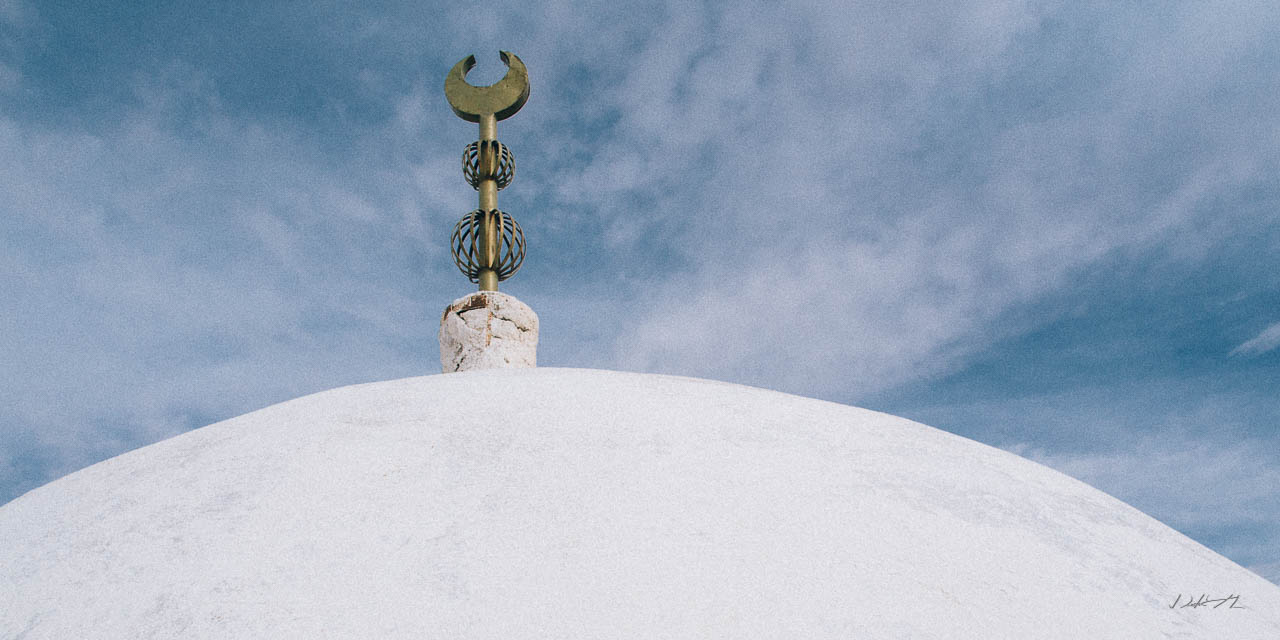