When I visit Jerash in 2014, its Wikipedia article had two subheadings: "Ancient Jerash" and "Modern Jerash". A few months later, archaeologists discovered two skulls dating from the Neolithic period, inspiring the need for a third subheading, "Neolithic Jerash", and joining Jerash to a list of only a dozen or so neolithic sites from around the world.

This is mind blowing stuff to me. It's wild to think that in an era where we're thinking about colonizing other planets, we're still finding things on our own.

Excavations are only partially done in Jerash so there's bound to be more to learn about this place.

In its former glory, Jerash (Gerasa) was a prosperous center of trade. Emperor Hadrian once visited, and an arch, the Arch of Hadrian, was constructed in his honor. Like many of the other ruins in this area, Jerash fell into decline after a catastrophic earthquake.

The arch itself is interesting because it recently underwent a full restoration. Run a Google image search for "Arch of Hadrian Jerash" and you'll find two versions of the arch. One is what you'll see below and the other is of an arch so worn, it's missing the entire pediment (the top triangular part of the arch). 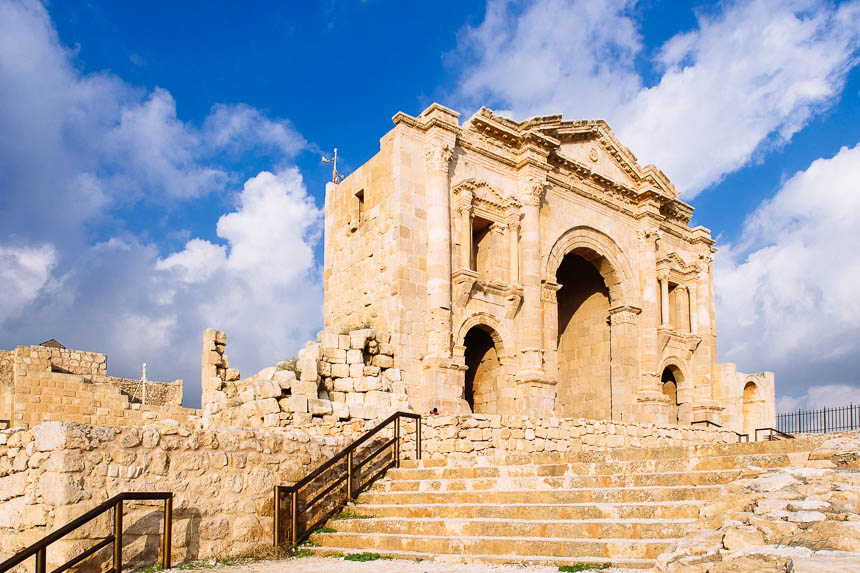 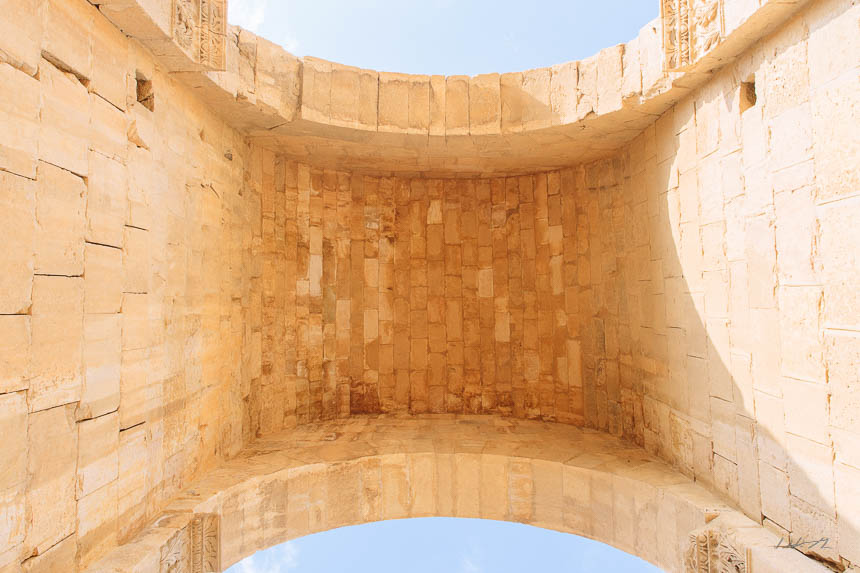 Bottom of the Arch.

Past the arch and to the left is the hippodrome, a giant track for chariot racing with a field in the middle for other sports occupying a substantial plot of land. It's not difficult to see how it once seated 15,000 spectators.

Today, the hippodrome hosts reenactments of the chariot races a few times each week. 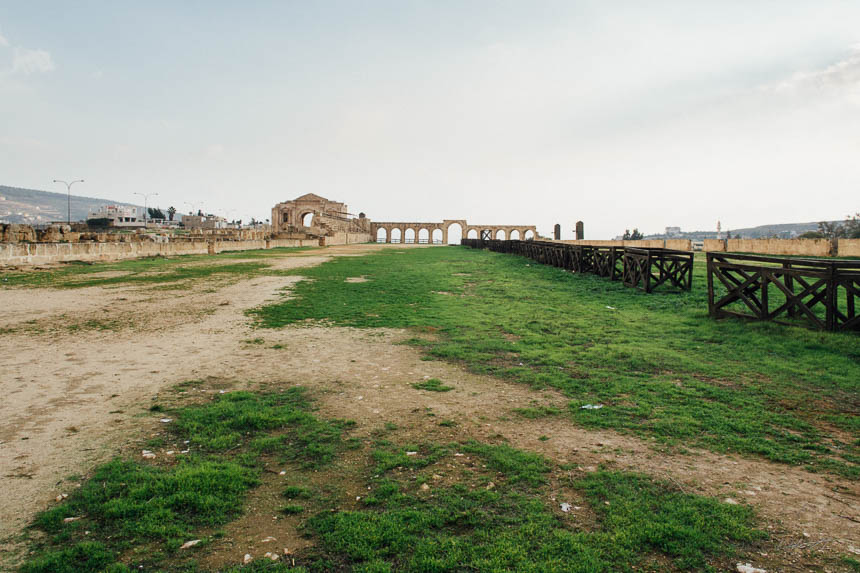 Beyond the hippodrome and through another arch is a straight path to the oval plaza. The wall to the left of this path is part of the huge Temple of Zeus, which in more recent centuries was used as a fort. Walking through the Oval Plaza brings me to the Cardo, a colonnaded street that runs all the way to the North Gate. You can see in one of the photos below ("Cardo Maximus...") just how expansive the ancient city is. 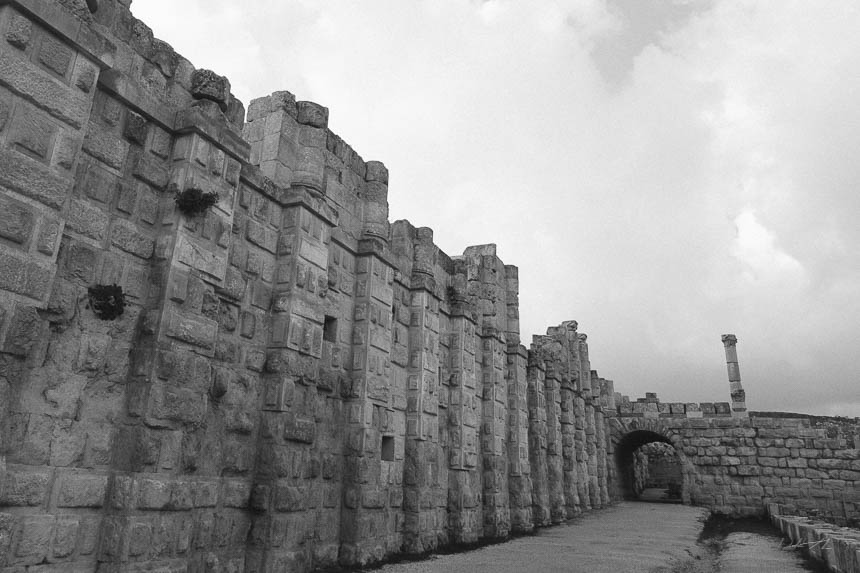 The walls of the Temple of Zeus. 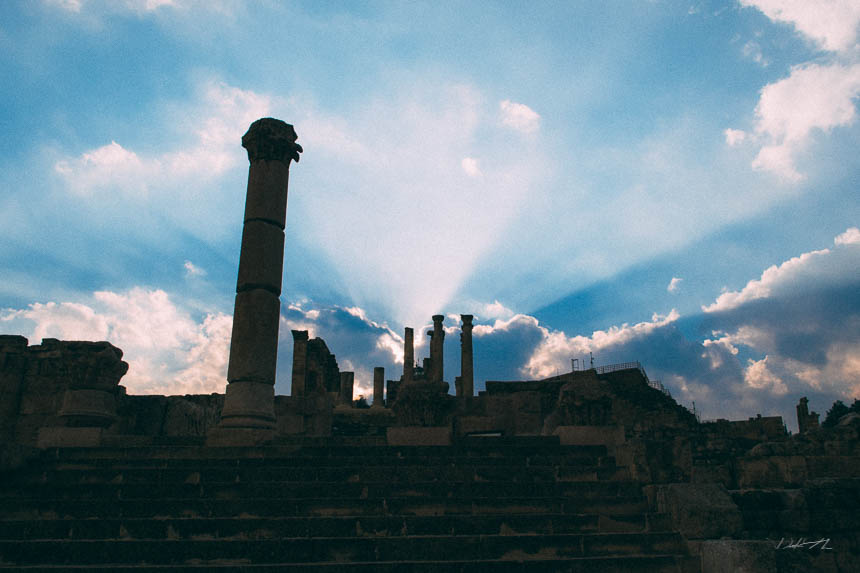 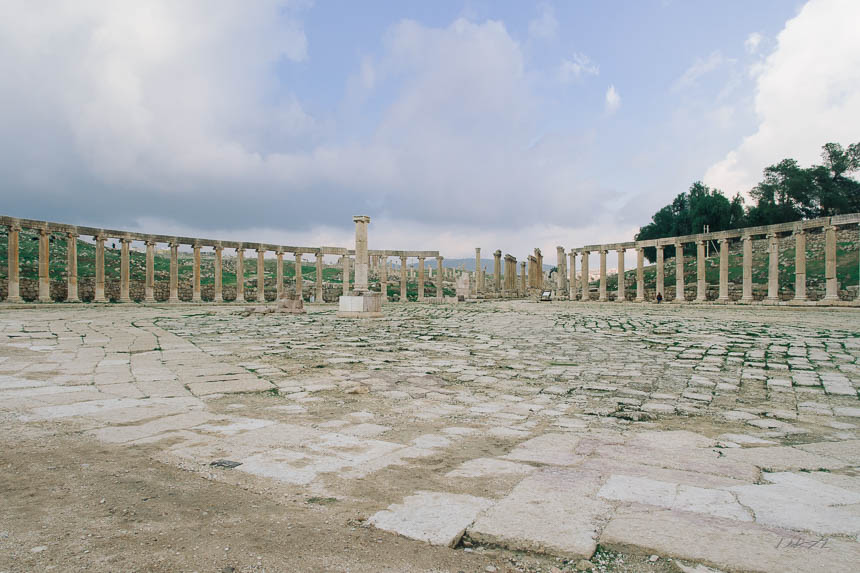 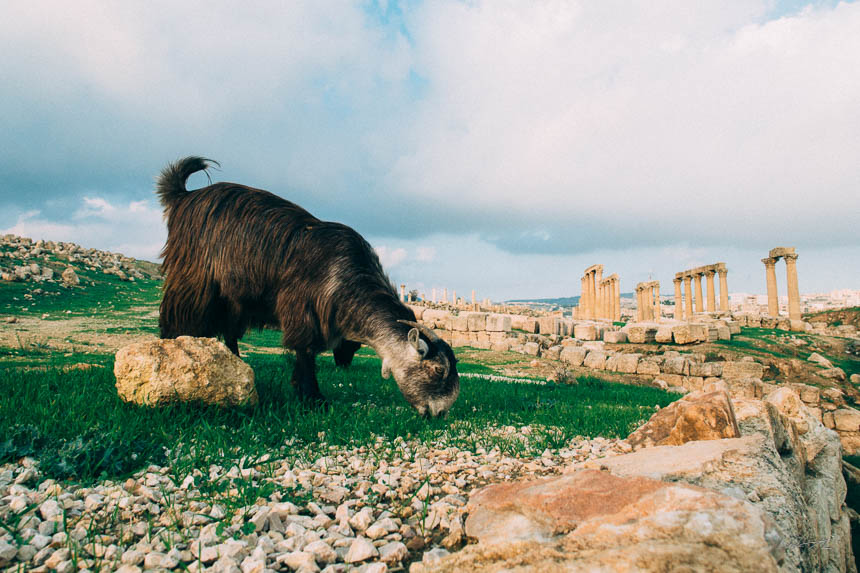 A goat near the Oval Plaza. 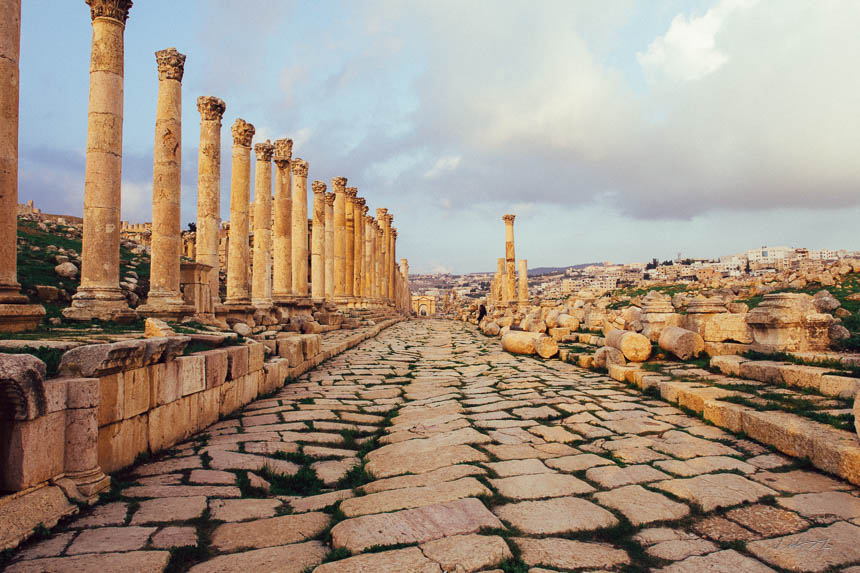 Cardo Maximus and, further in the distance, the North Gate. 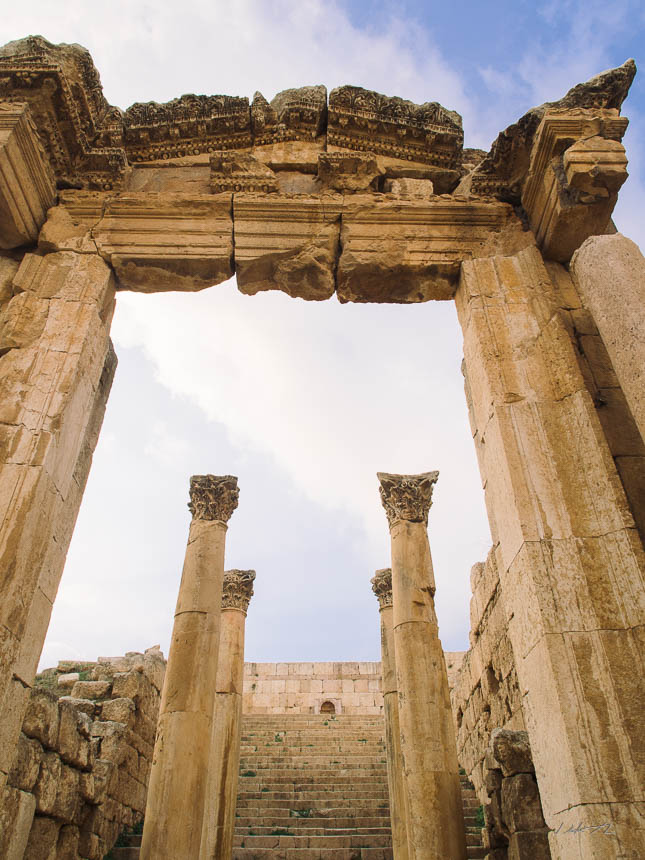 Entry way to the Byzantine Church, formerly the Temple of Dionysus. 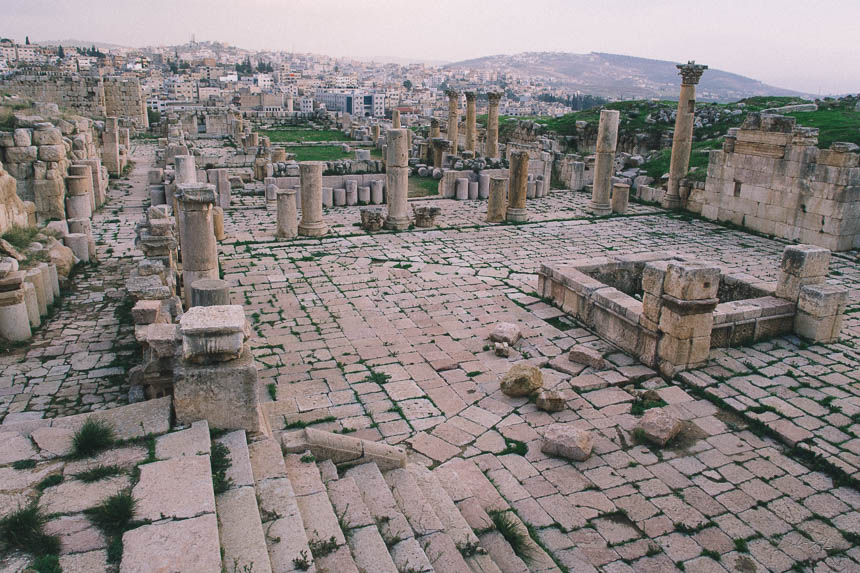 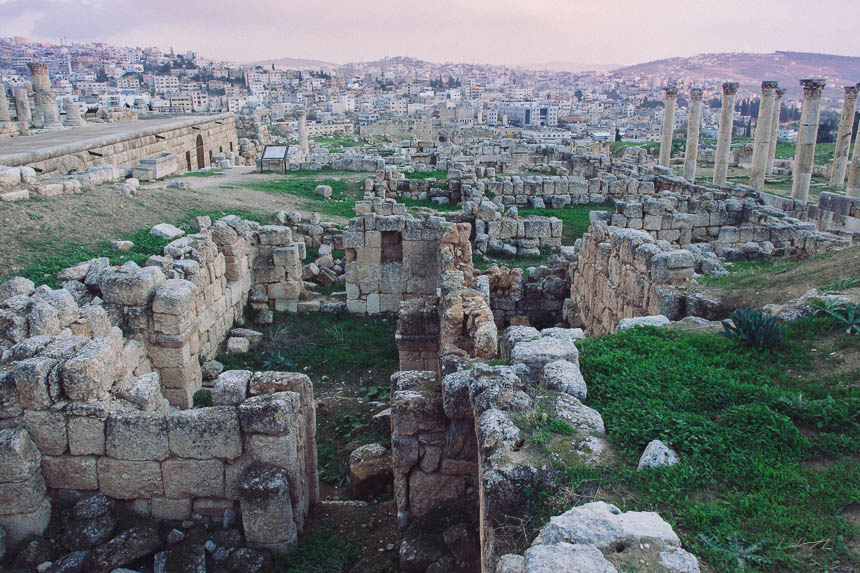 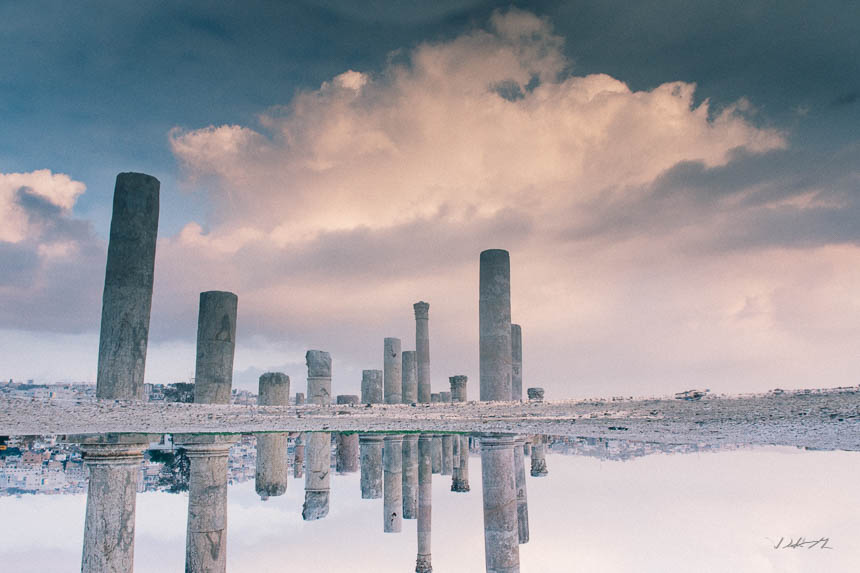 Columns reflected in a puddle.

Along the far northern edge of the ancient city stands the Temple of Artemis. Its remaining columns stand intact, perhaps due to their ability to withstand seismic motion. This quake-proofing's visible through a oddly placed spoon that juts out from the bottom of one of the pillars. I'm invited to push down on it and when I do, the entire column sways a small degree. 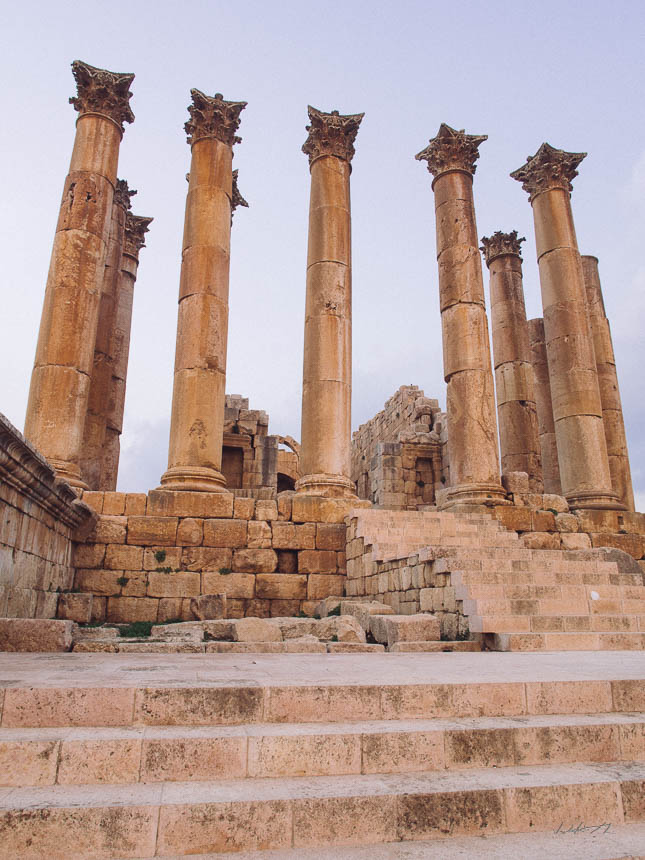 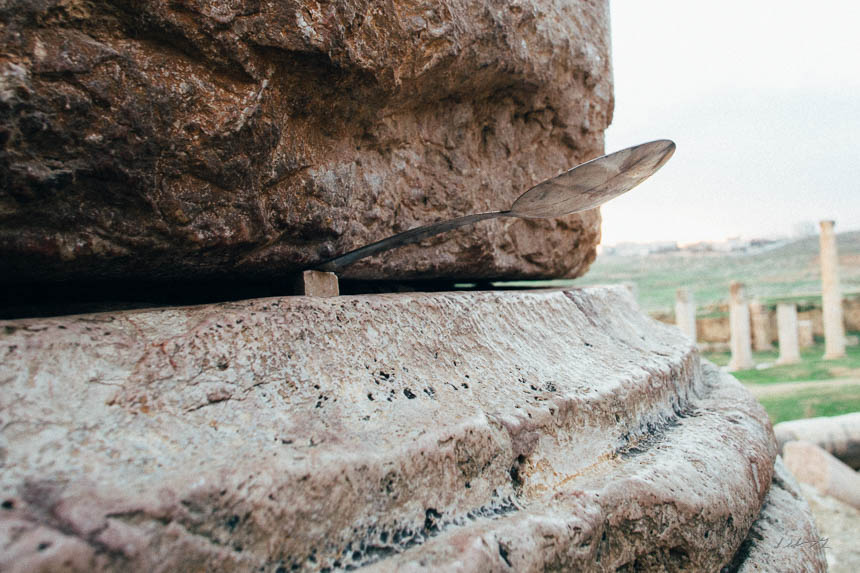 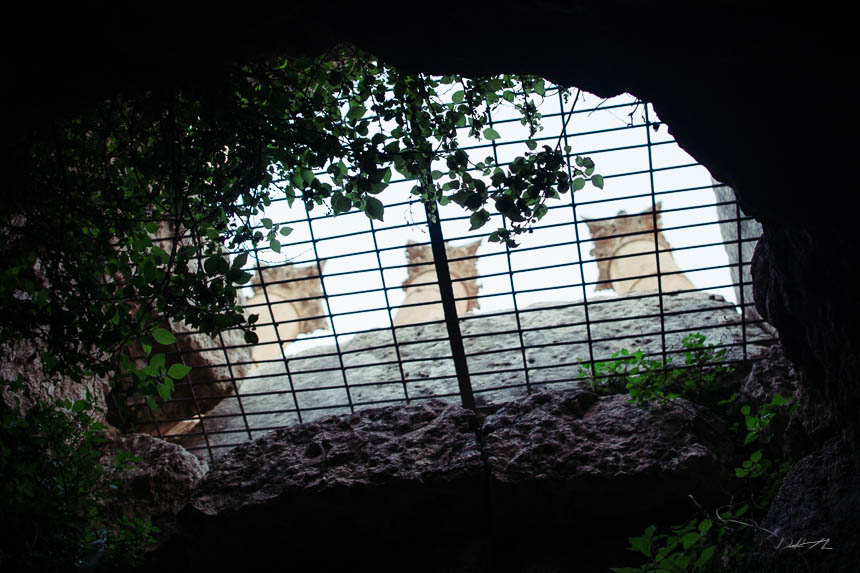 Looking up from the cellar in the Temple of Artemis. 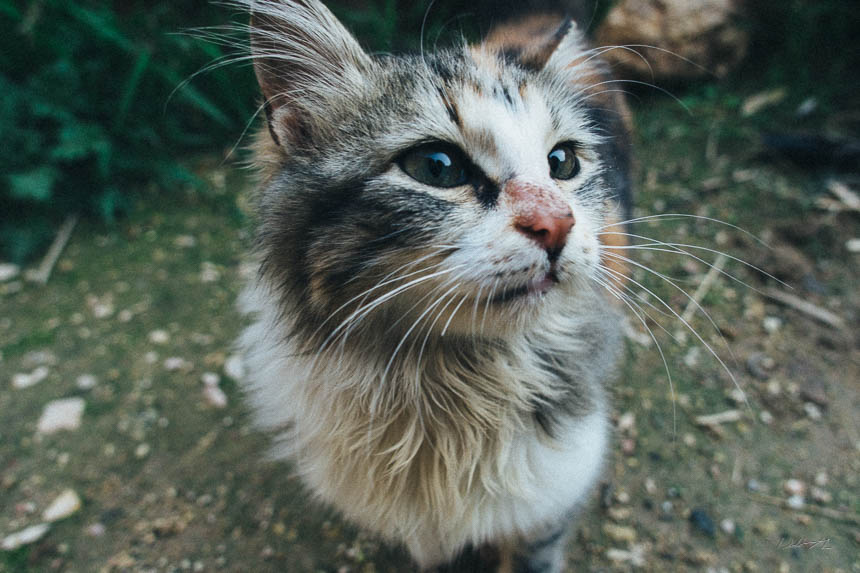 The Temple's one permanent resident.

My driver is scheduled to get me from the parking lot at sundown so I make one last stop before heading to the entrance. Taking a route west of the Cardo, I make my way to the Temple of Zeus, taking in the views from the hillside before walking through its interior. 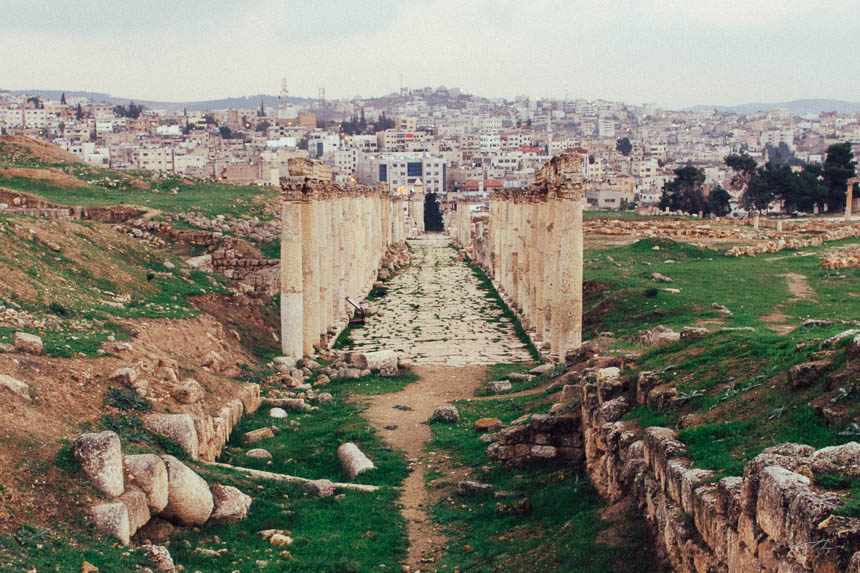 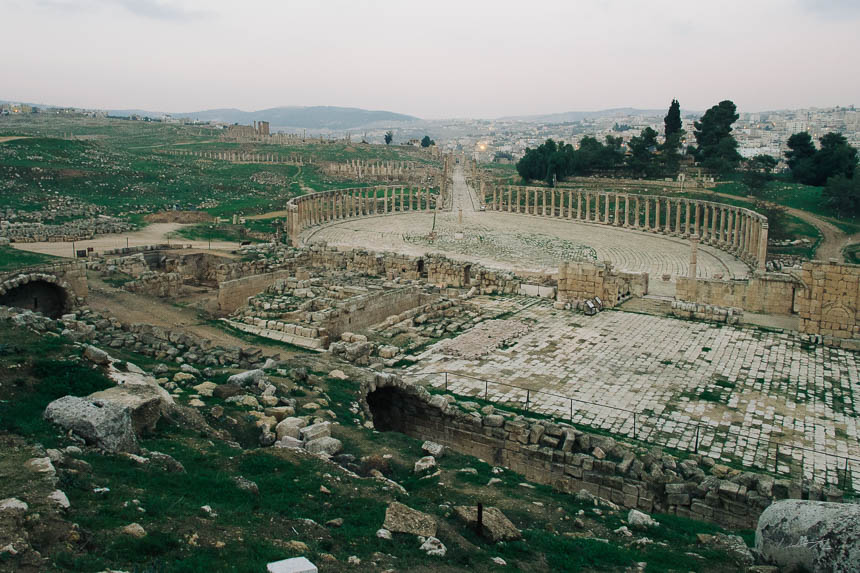 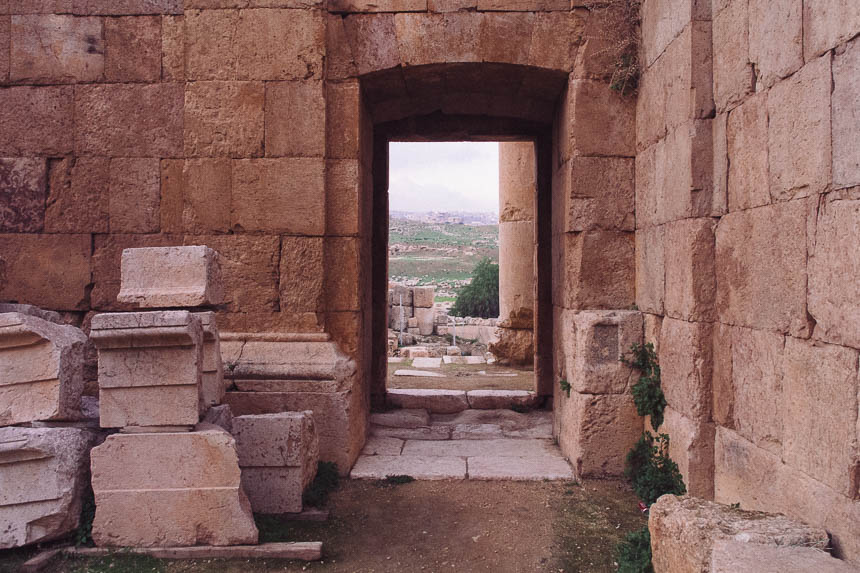 Passageway in the Temple of Zeus. 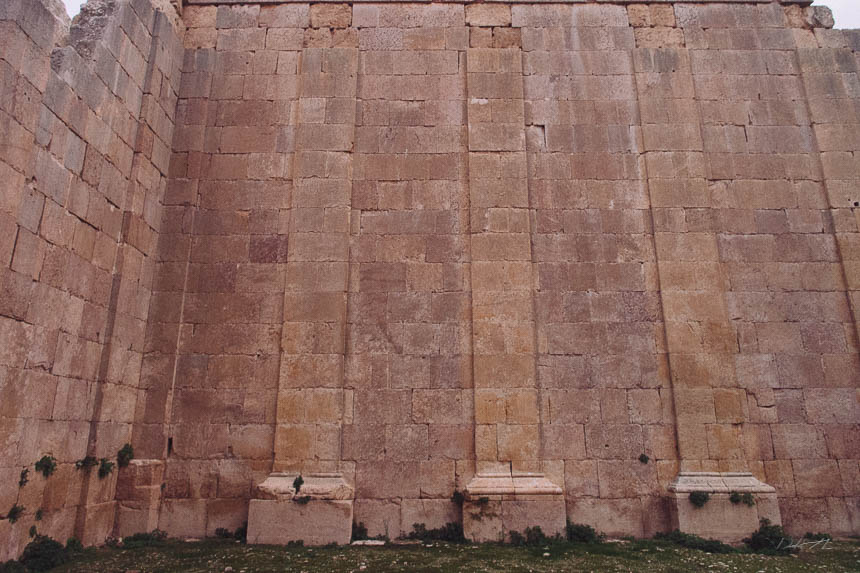 One side of the temple walls still stands nearly intact. 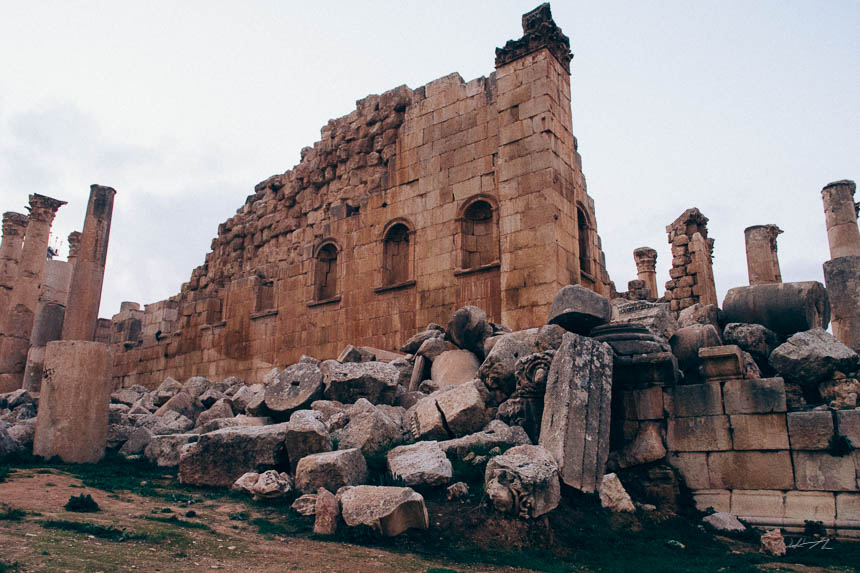 A last look at the Temple of Zeus. 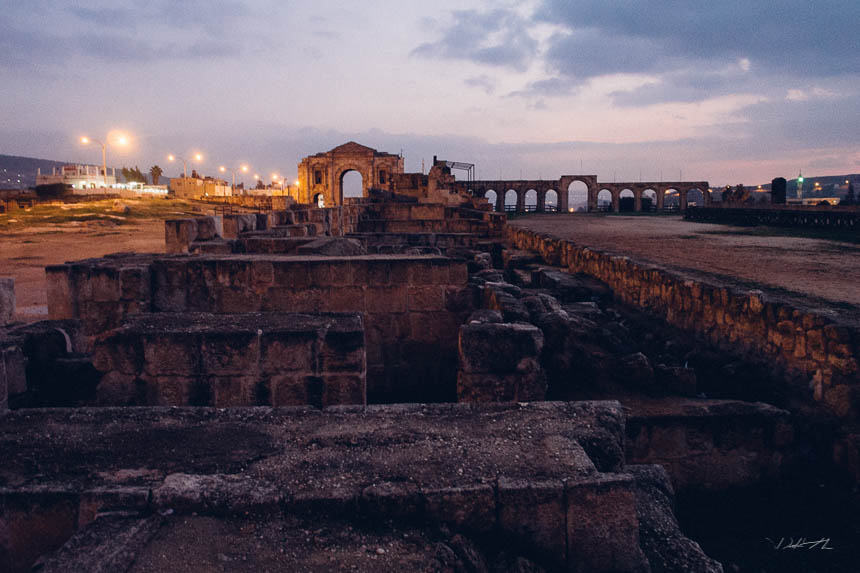 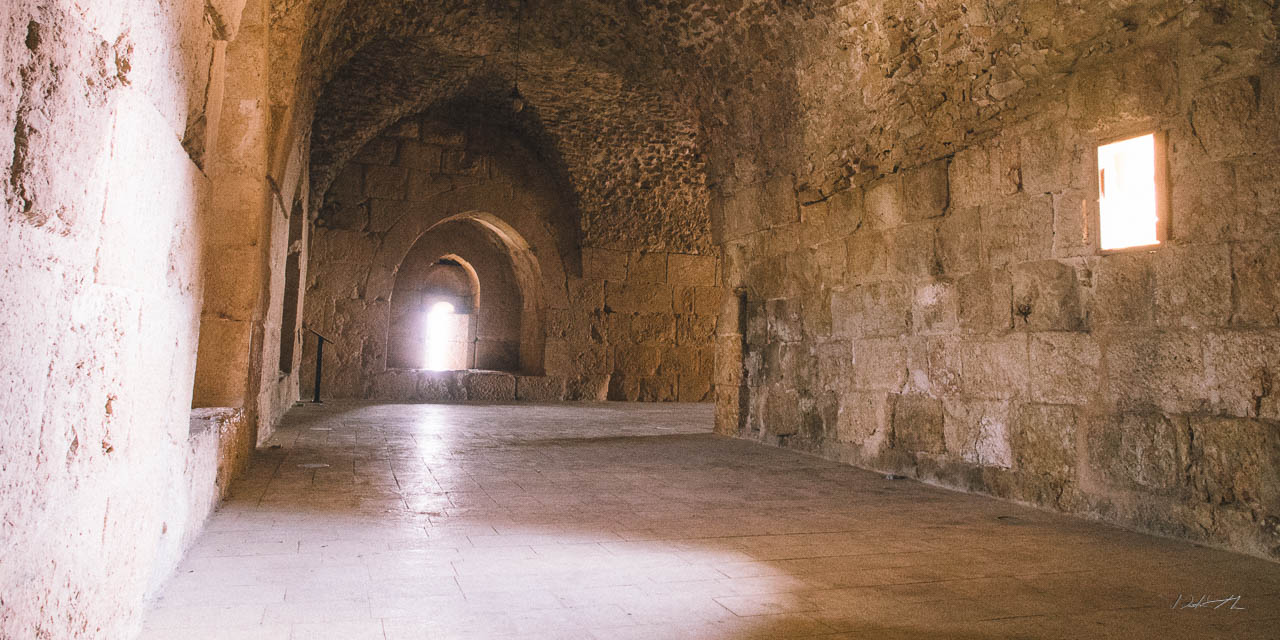 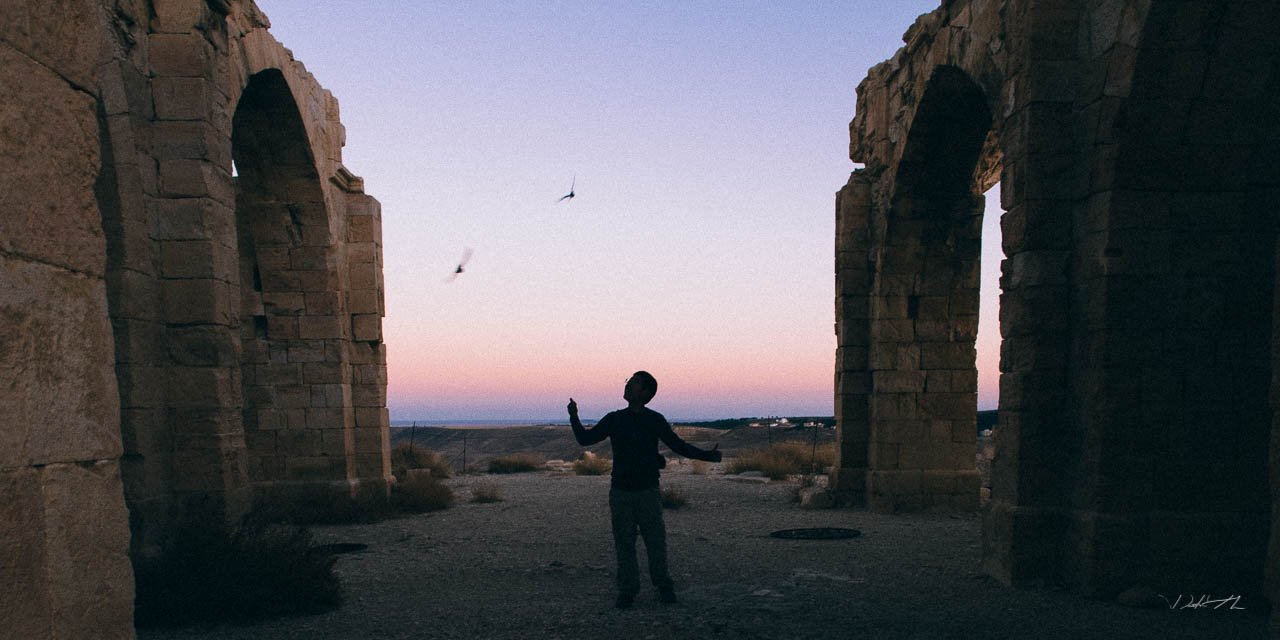