At the outer edge of Kuala Lumpur's metro system is a terminal stop for Batu Caves.

The first thing I (or anyone else who visits) notice is the huge statue of Murugan. It's enormous. There's something like 300 liters of gold paint that went onto the statue's surface. 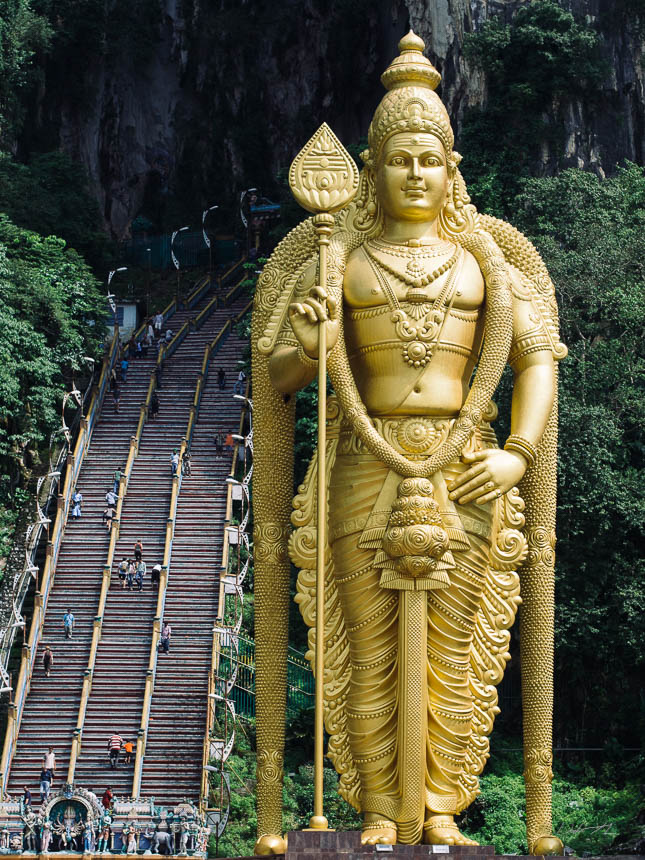 I climb the stairwell a hundred meters up to reach the temple caves. It's filled with Hindu shrines.

I've seen a lot of caves so far. Most of them take thousands of years to form. This particular limestone cave is a few orders of magnitude older though, shaping up to its current form over 500 million years.

In only the most microscopic sliver of time did this cave have a temple to mark it as a sacred site. And in an even smaller slice did it possess a large, ugly, gift shop smack in the middle of its most sanctified caverns. I'll never understand why. 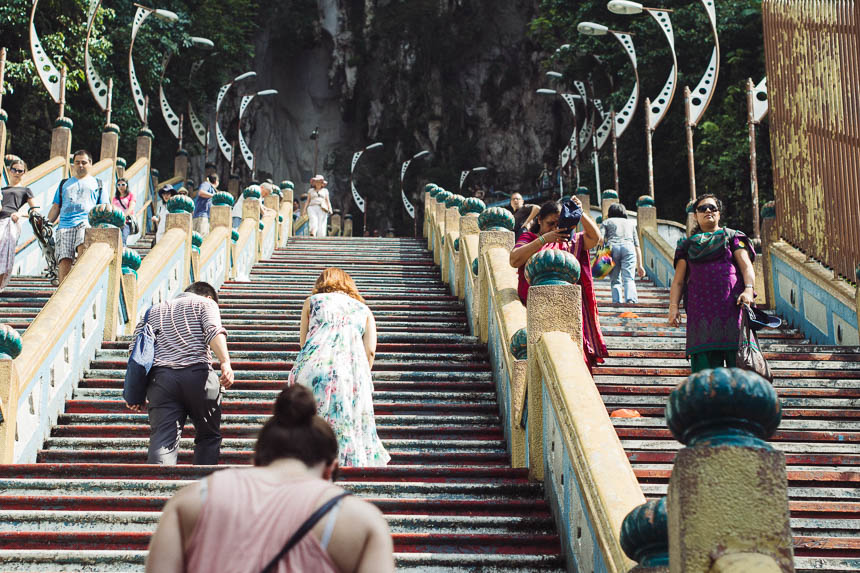 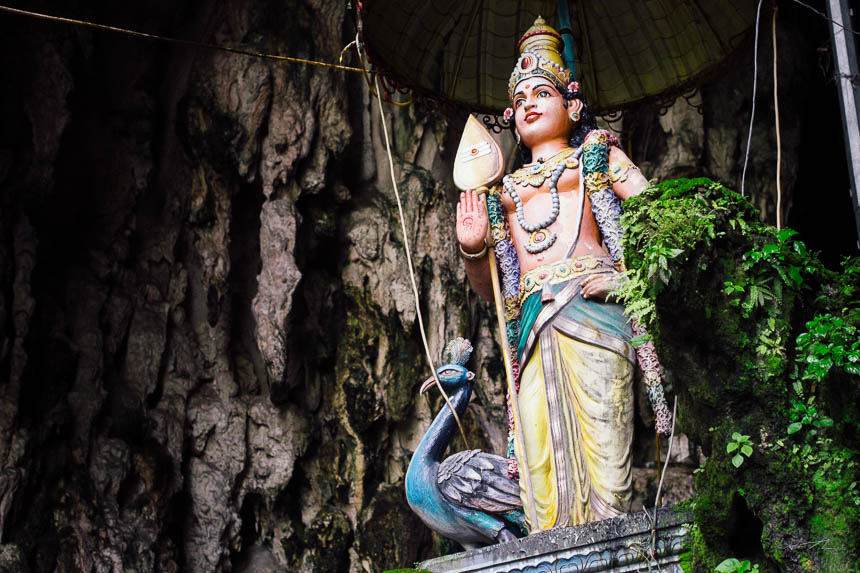 An ugly gift shop in an otherwise majestic cave.

My grip on my camera is tight. These caverns are prone to theft—theft by macaque, that is. These guys are known to grab food, bags, phones, and anything else they take a fancy to away from unwary tourists.

They're perhaps less known for how photogenic they are. 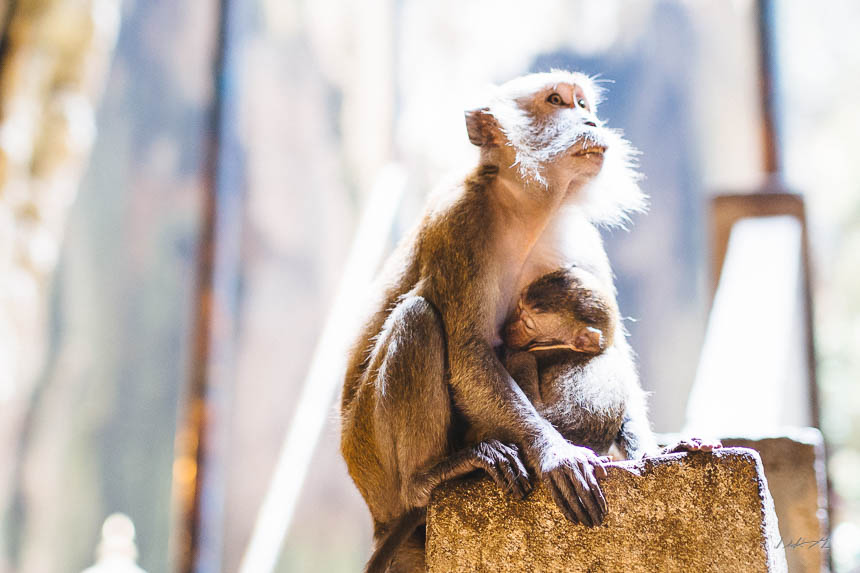 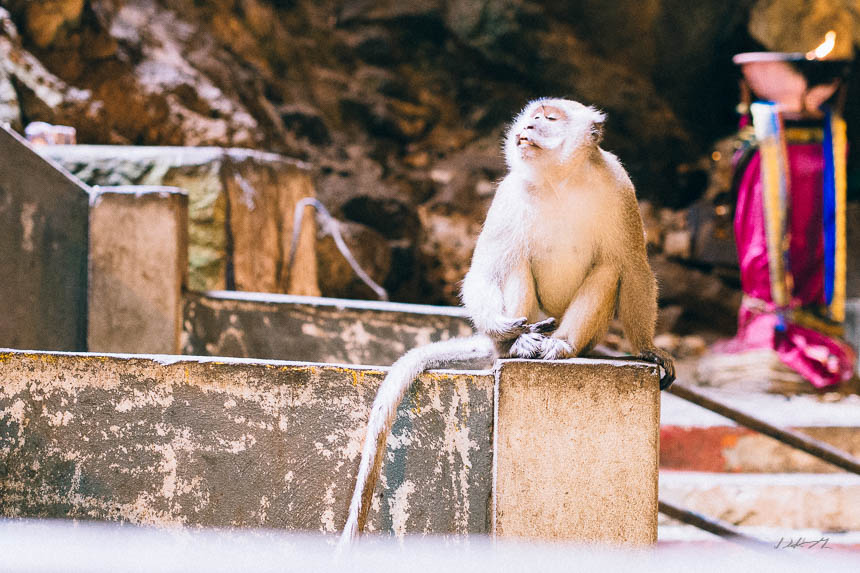 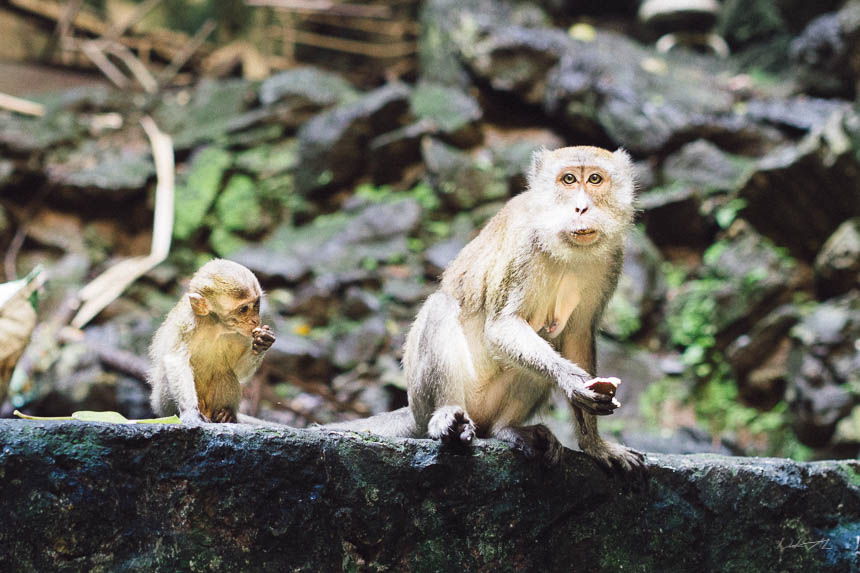 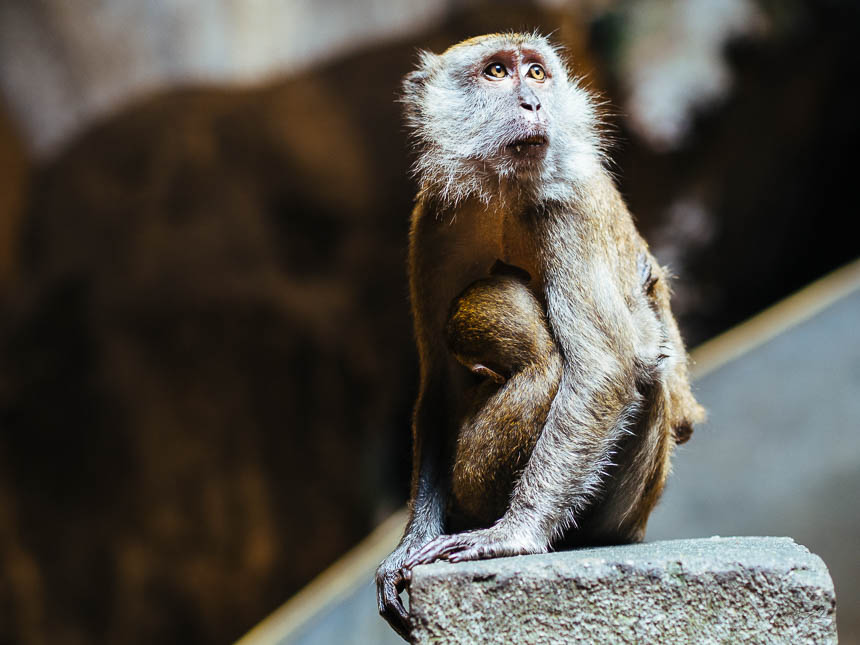 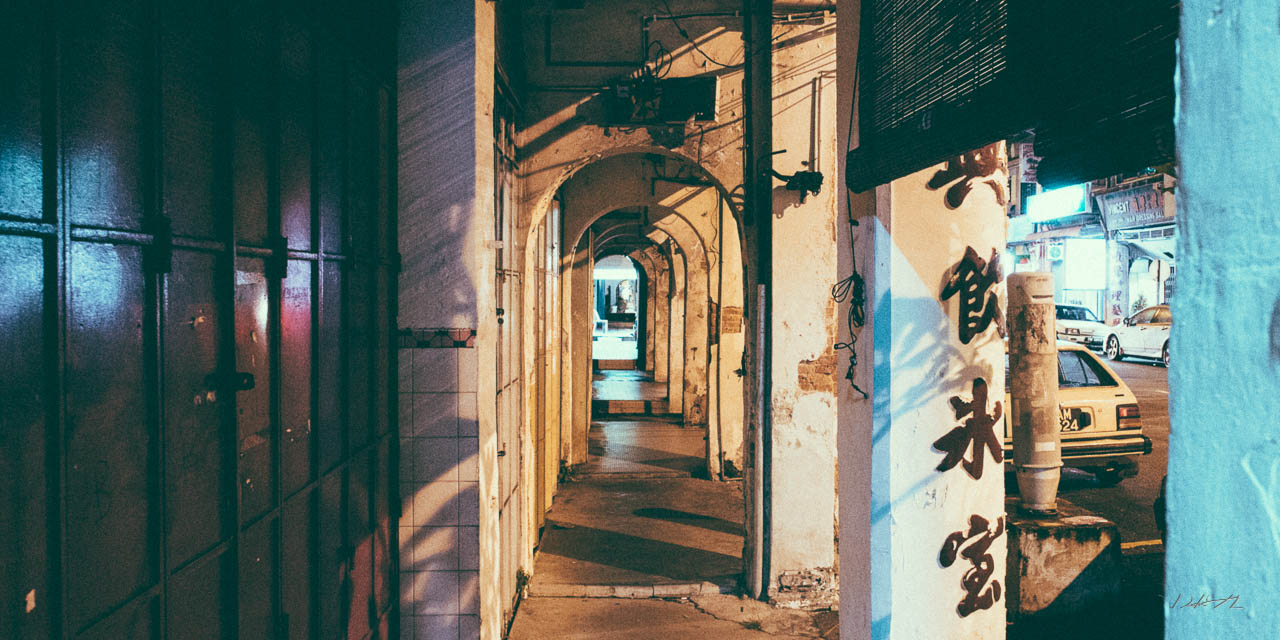 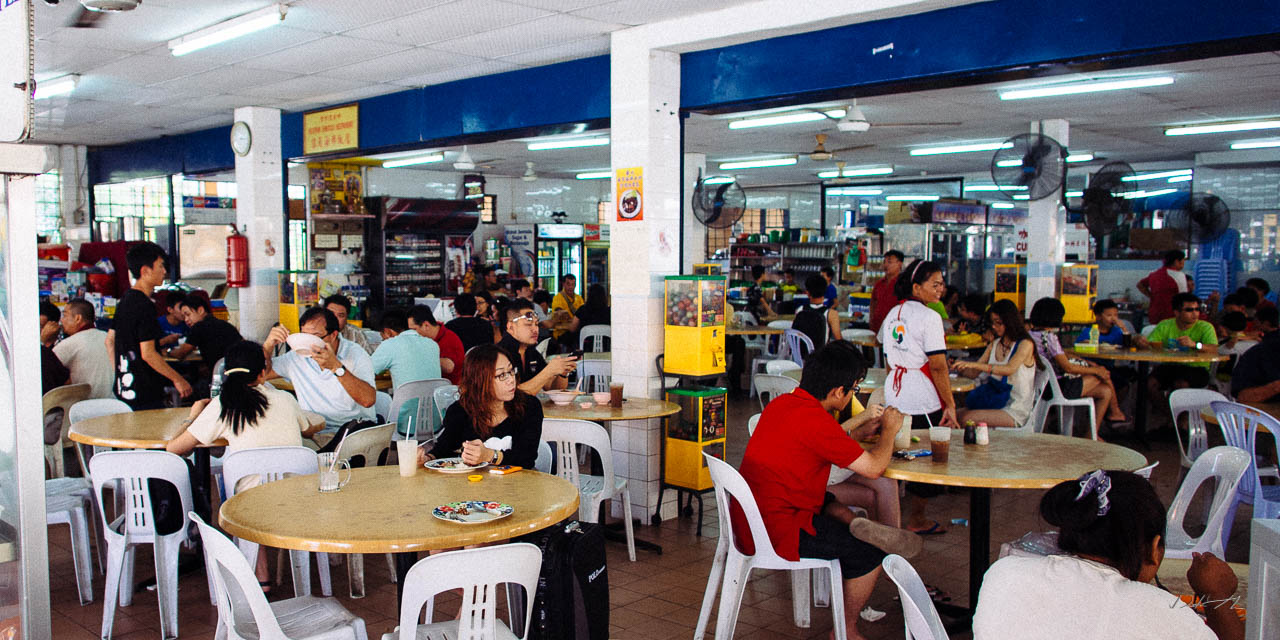