Amman of the Past

Rectangular buildings cover the seven hills of Amman. This is a historically rich city occupied in the past by many civilizations whose influences still show.

The Roman Theater is only a five minute walk from my hostel so it naturally becomes the first place I check out.

It was restored a few decades ago although apparently with materials that don't match its original construction. I can't tell either way, but I can imagine this being disappointing for some history buffs out there.

As I climb to the top, a group of children on a school trip show up. They're a bit unruly, but their play lets me test the theater's acoustics. If you've ever walked by a during recess (or if you remember being a kid), then you'll know the sounds. The footfalls of running children and periodic shrill screams carry surprisingly far and I can even hear their speech from the top, as if they were only a few feet from me. Class trip to the Roman Theater.

From the picture above you can also see the Amman Citadel towards the top of the frame. The pillars are remnants of a huge Temple of Heracles, also built by the Romans when they took control over from the Greeks.

Remains indicate that a statue of Heracles stood here as well. The only fragment that remains is of his hand, which is absolutely huge. If a statue did stand here, it would have been massive. 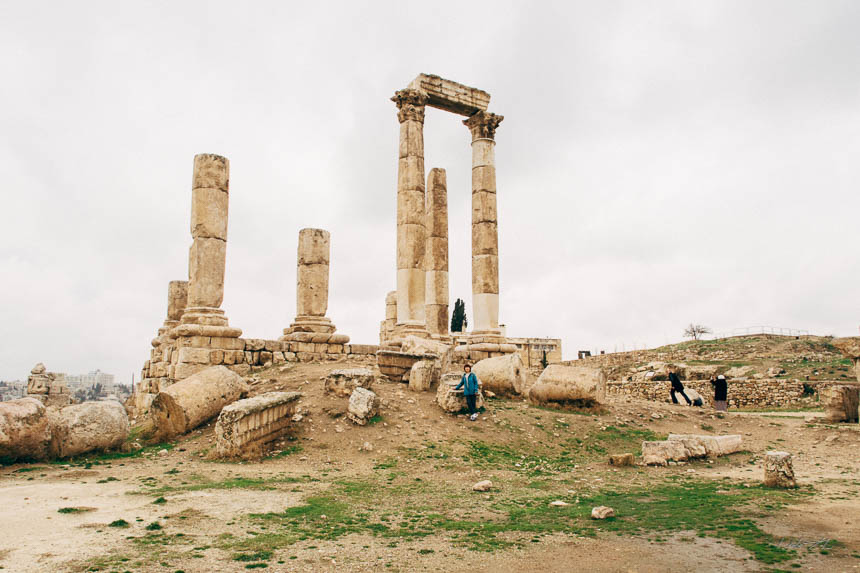 The Umayyads took over in AD 661, bringing the citadel under Muslim rule. When they did, they built the Ummayad Palace.

Most of the palace was destroyed, but a Spanish archaeology mission worked with Jordan's Department of Antiquities to restore its entrance and dome, a sample of which is on display in one of the palace's rooms. 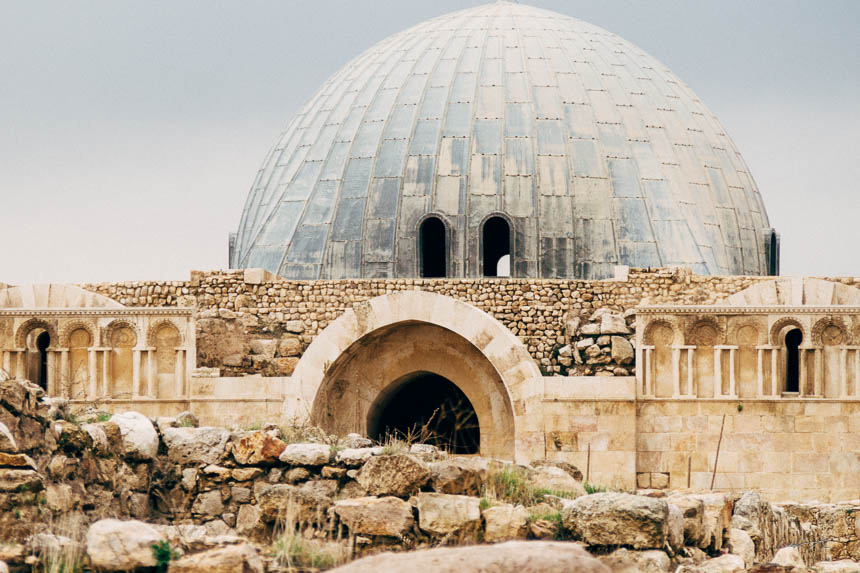 Palace built by the Ummayads, the second Arab caliphate. A section of the entrance, restored. A Roman colonnaded street. To its left: Roman temple walls; to its right: Ummayad residences.

A museum on site holds an astonishingly large collection of artifacts found here and nearby dating from the early bronze age and on. The pieces are very well preserved given how many thousands of years have passed. 0%
Amman of the Past read 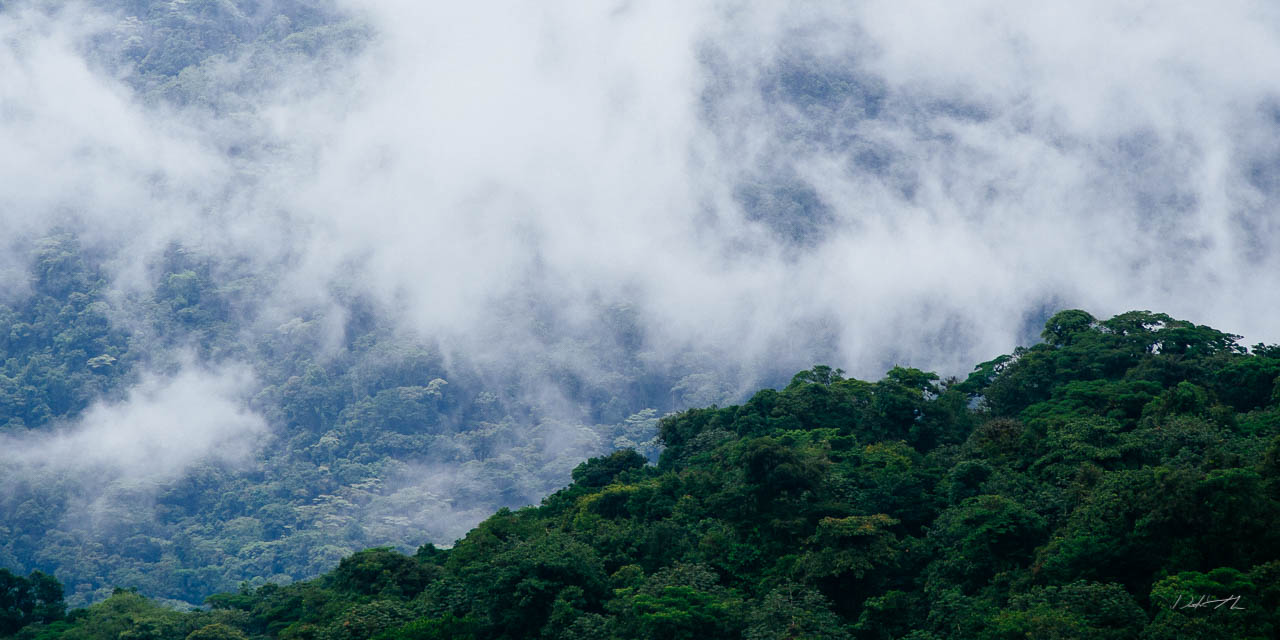 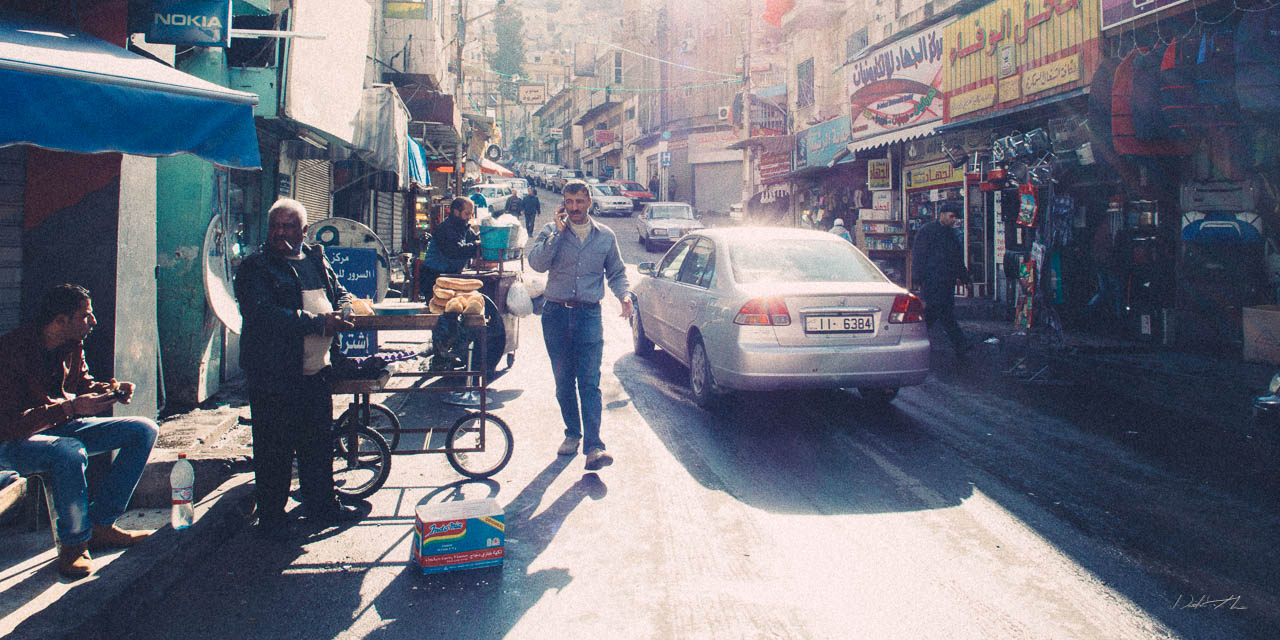